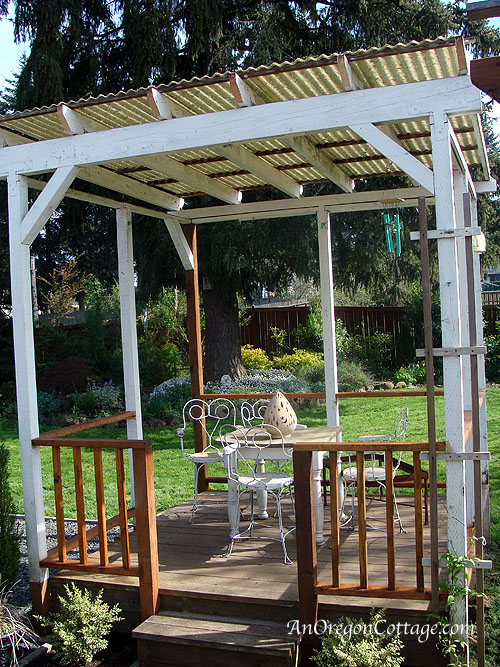 One of the things we made progress on this last weekend (thanks to the glorious weather!) was our corner-of-the-huge-deck-shed-thing turned gazebo.

Yes, I know it’s square, but I don’t know what else to call it- it’s enclosed like a gazebo and separate from the house. Can some gazebos be square? I hope so, because that’s what I’ve been calling it! 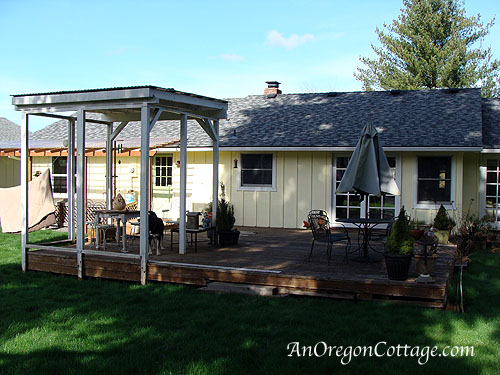 As a little review, this is what we started with a little over a year ago. A gigantic, rotting deck- most of which went unused.

During the following months we worked (although sporadically) to transform this area into three outdoor rooms: a gravel patio, smaller deck in front of the french doors, and an herb garden (my favorite!).

And now this space will become the fourth room – a gazebo to lounge in, read, and entertain. Can’t you just see it? 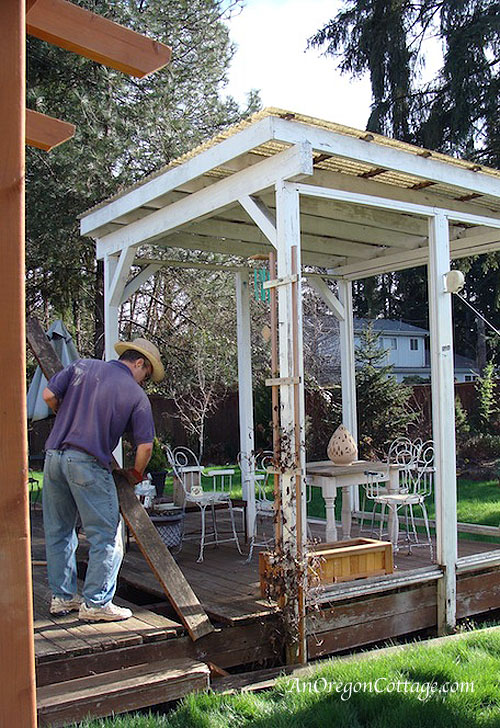 This shed-roofed structure in the corner of the deck didn’t make much sense to me for the longest time. But the wood under the cover was surprisingly in good shape and I started to envision a little room that you’d step up into – gazebo-like. 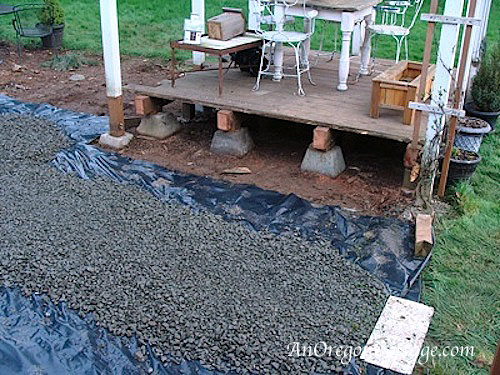 So when Brian tore up the deck, he carefully cut the beams holding the floor under the shelter and added deck blocks where needed. 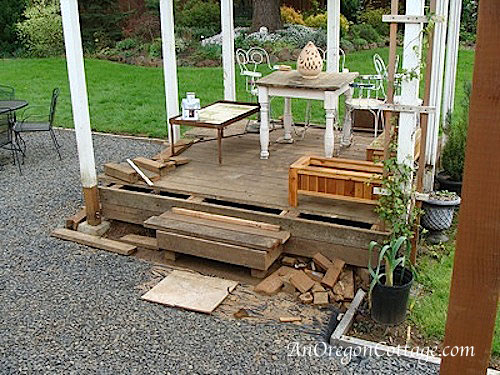 We salvaged any wood from the old deck that was good and used it to finish off the bottom of the floor and to make a couple of steps (the other step is around the left toward the back of the gazebo). 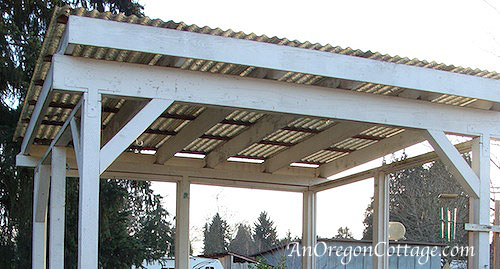 The top of the structure was made like a shed – and seemed pretty heavy. I wanted more of a arbor-look to the roof, but without too much effort- or spending more money.

I thought if we could remove the top horizontal board, cut back the fiberglass roofing material and angle the 2×4’s, it would look better.

“We,” of course, meaning Brian. 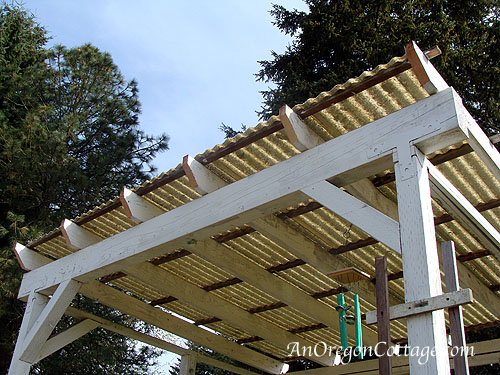 And look what he did this weekend! It worked- nothing shattered or came apart and it looks TONS better. 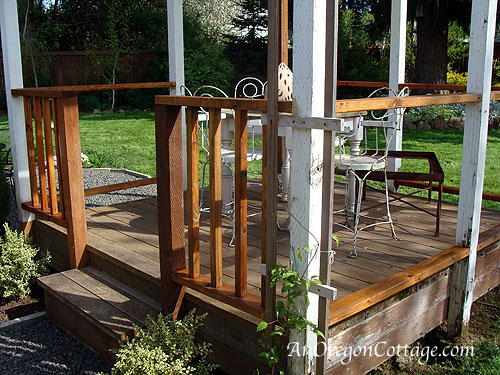 Brian had actually started on the railing last fall, but stopped for the winter. I finally decided I wanted to stain all the new wood and paint any white wood a brown to match, so I started staining the rails and it looks a lot more finished, too. 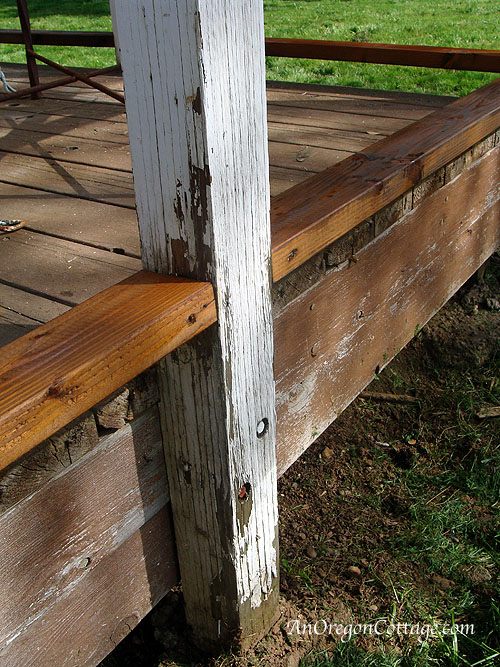 Because most of the white looks like this post. Or black with dirt. Or green from Oregon’s damp. I kind of gave up on white garden structures after our last house in Portland. They look great in all the magazines, but I found they need a lot of upkeep in our climate.

All our structures now are either wood colored or mossy green. No need to fight what Oregon naturally grows anyway, ha!

I also discovered- by accident – that brown blends into the background more than the white. If you look back at the first picture in this post, you’ll see a brown 4×4 post that replaced a rotting white one. Since this is pretty much the view from our kitchen window, I found I like the way the brown post doesn’t scream “I’m a garden structure!” at me like the white posts do.

So it’s a good thing some things take us a while to complete. I’ll be much happier with our wood-colored structure than I would’ve just keeping it the white I’d inherited.

What do you think – are we on the right track with this DIY backyard gazebo?