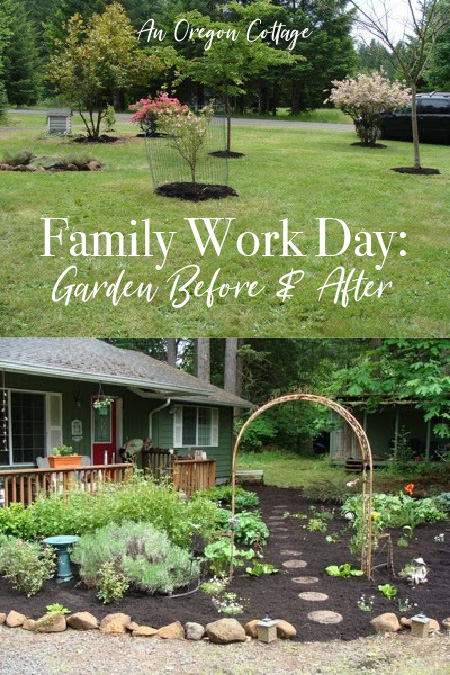 I love my family! Remember when I shared last fall how the work day became my new favorite family tradition as we worked together to paint houses and transform yards. It's amazing how much you can accomplish in a day when people come together. 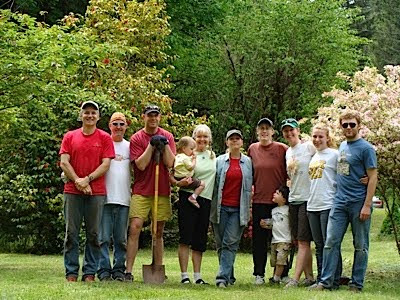 We decided we'd have a round of spring workdays spread throughout the months of April, May, and June (with four families participating, it's just 1-2 days each month) and then see who would be interested in another round of days in the fall (September, October, and November).

Each family decides what they want done and has everything ready when the workers arrive with any tools they may have. And we all bring a salad to share at noon, so no one's stuck with the food duty.

This spring it's mainly yard work- we've hacked back a hillside of blackberries and gave flower beds a neat look with newspaper and compost (it also keeps down weeds and helps conserve moisture). Which is what we did again last Saturday.

Take a look at these before shots: 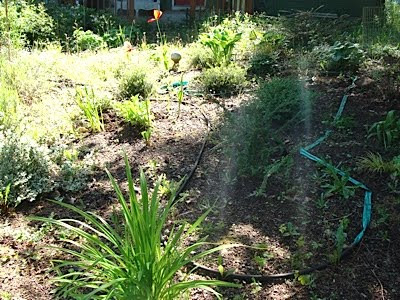 Front garden from the street 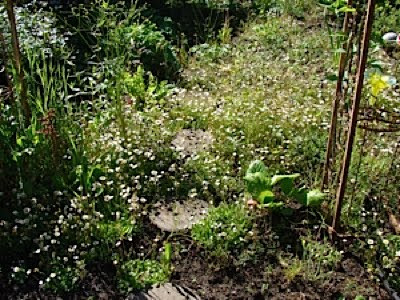 Front garden at the arbor 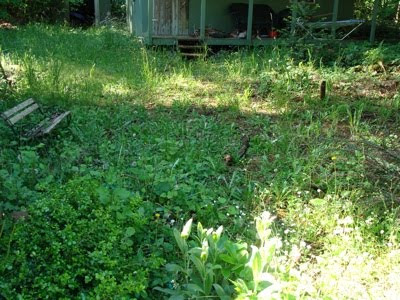 Front garden from the porch
Let's just say this area hadn't had my tried-and-true weed fighting combo of newspaper and compost-mulch applied in a long time. Daunting for one or two people for sure, but for a whole work crew?

Well, OK...it's still daunting, but we dug in and by early afternoon the front garden was back in tip-top shape: 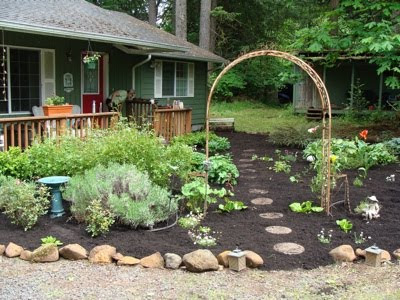 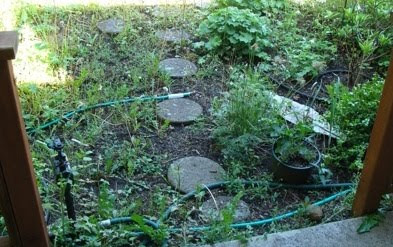 Here's a closeup to give you a better idea. The English daisies had taken over and it was hard to see the stepping stones. There were other weeds and some plants that needed to be moved and transplanted. 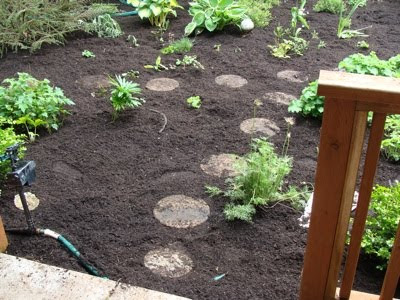 After the weeds were removed and the plants where we wanted them, we laid a thick layer of newspaper, put the soaker hoses on top, and then covered it all with a 2-4 inch layer of compost.

Now the garden is set to be enjoyed for the rest of the season. 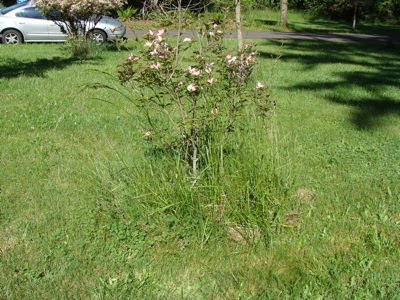 Out in the front yard, the trees were part-way hidden by a lot of overgrown grass. Some are surrounded by wire to ward off the voracious deer, and the grass grows up inside the wire unless it's also covered with newspaper and mulch. 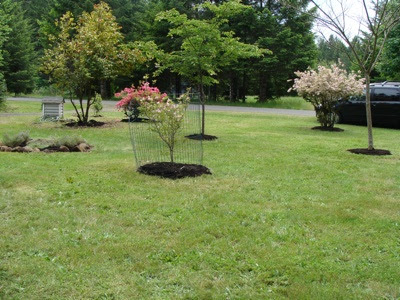 After we got done with it the yard looked like a neat and tidy park!

One of the reasons it was so neat and tidy was this: 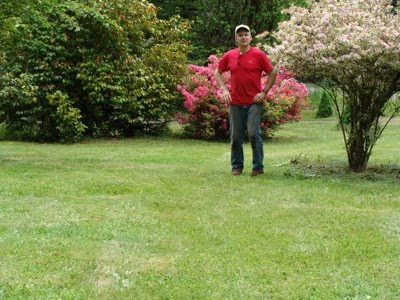 Brian became a pruning machine. I've never seen him prune so much in all our married life!

Goodness, I was even a bit worried at first (look at the bushes in this picture and then scroll back up to the previous picture to see how much he removed!)- did he go too far? Cut off too much? 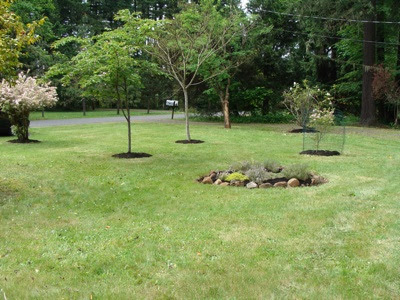 The answer? No- they needed it and should actually be reinvigorated now. One poor Camellia had a 8-ft cedar tree trying to take it over.

So in a way, Brian saved it.

Does anyone else have family/friend work days?

This is linked to Finer Things Friday, and It's a Hodgepodge Friday.