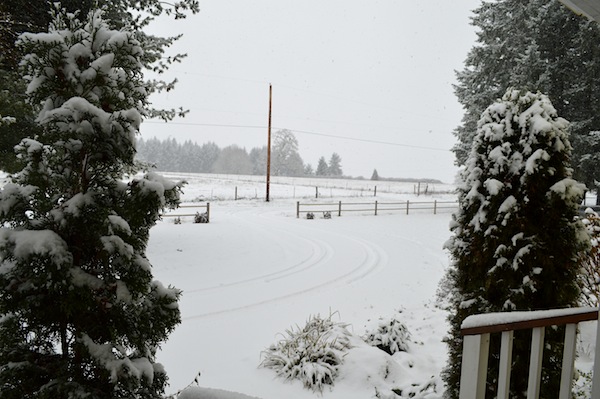 Happy January! While much of the country is under the snowy conditions pictured above, this was us a month ago when the Pacific Northwest was hit with record snow and negative temps.  I’m posting them for this month’s edition of Friday Photos because I didn’t get a chance to in December. 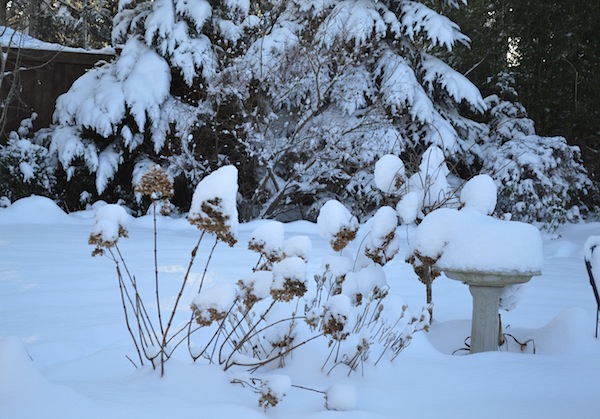 It snowed for more than 24 hours (rare for us here) and by the time it stopped, our backyard looked like this. While the official depth was 10″ there were places in our yard that had more than a foot!

And then it stayed for more than a week as the temperatures dipped to -10 with highs in the single digits some days. Oh, and school was cancelled for 6 days – yowsa. I mentioned it was rare, right? 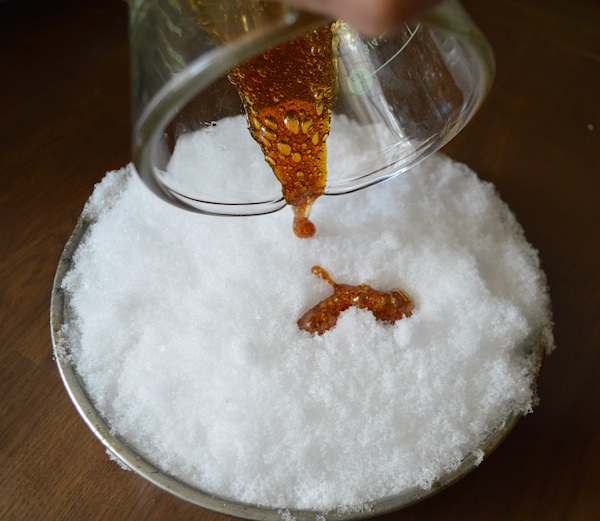 While we had all that snow we finally made snow candy! My daughter had always wanted to make maple snow candy like Laura did in Little House in The Big Woods, so even though she’s a senior in high school (sniff…) she scooped snow and we poured warmed maple syrup into it. We only made a little to try it and I think we heated the syrup too much since it hardened into brittle right away, but it was actually pretty tasty.

And fun. Gotta make the most of the inevitable cabin fever, huh?

I’ve also got a couple of updated recipe photos for you, though if you’d like to pin them, you’ll want to click on the photos to go to the original post so you’re actually pinning the recipe: 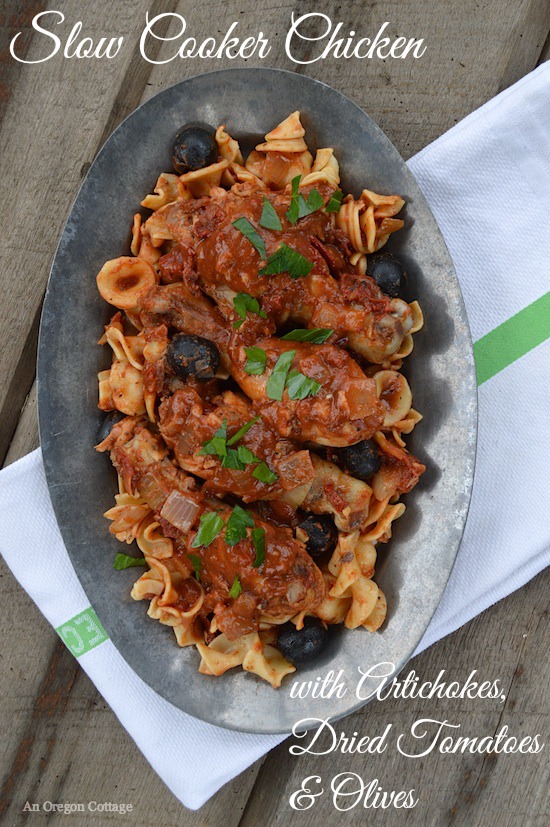 This slow cooker chicken with artichokes, dried tomatoes & olives is SO good. And the photo was SO bad. I know I say that a lot, but I guess there are a lot of photos like that on the blog. I hope you’ll bear with me as I slowly try to make them look like something you’d actually want to make! 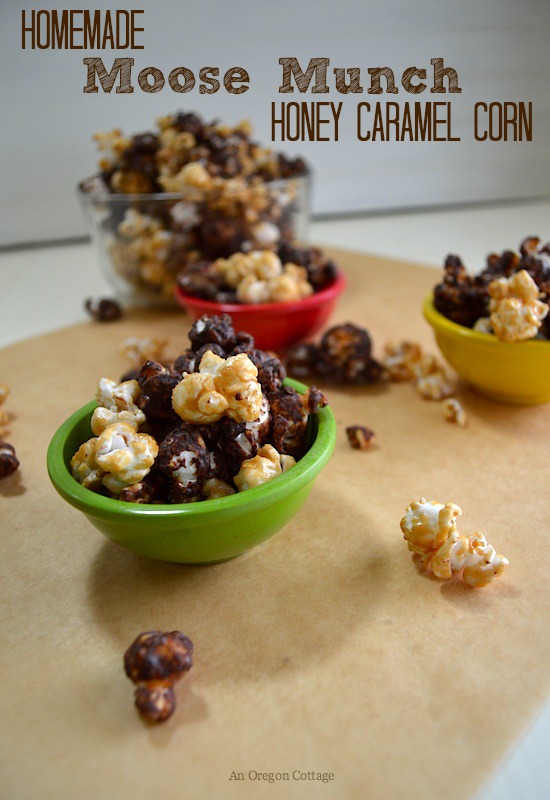 The photos for my Homemade Moose Munch weren’t the worst on the blog, but a recipe this good deserves a little update I think. This was again so popular when we handed it out for Christmas that I probably could just give big bags of this and forget all the other cookies! 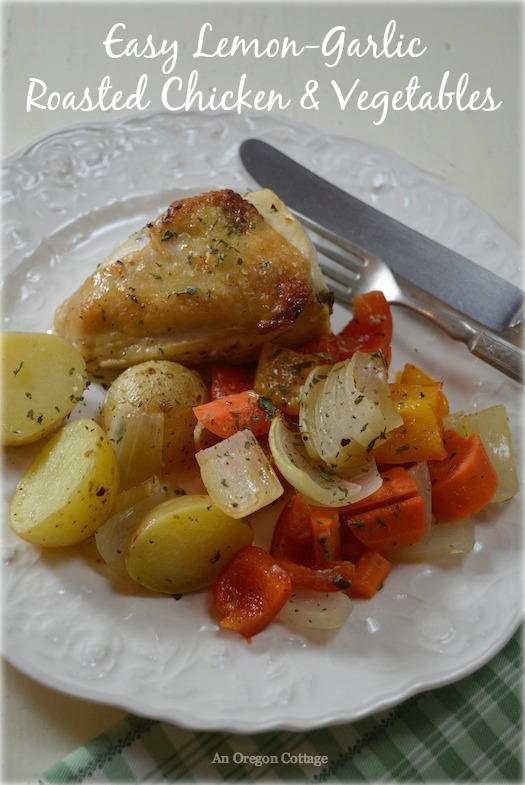 And finally a dish that I’m super excited to finally be able to add to the Recipe Index! The super easy Lemon-Garlic Roasted Chicken and Vegetables is one of our family favorites, with bright flavor that only needs a salad to round out the meal. I hope you enjoy it as much as we do!