See how a special occasion dish, Flia, is made at a farmhouse in Kosovo. It's labor intensive, different, and special. 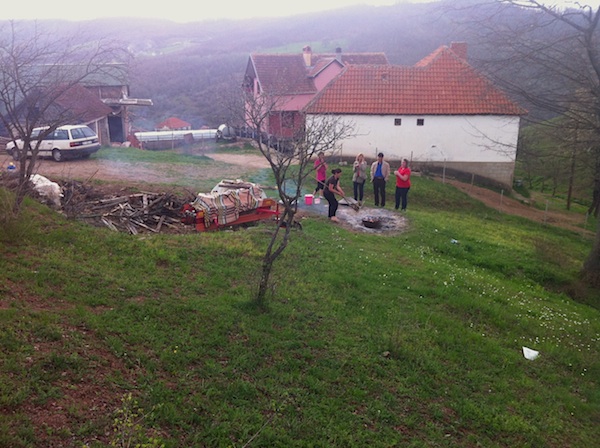 I've been wanting to share these photos of making Flia from our trip to Kosovo. After showing you Kosovo's gardens and the crafts we made with a ladies group, this was the other Kosovo thing I wanted you to see. It's such an unusual dish that we were so privileged to experience!

We were invited out to the farmhouse of a sweet Kosovo family who wanted to make us their special-occasion national dish, Flia (pronounced 'flea' in this part of Kosovo, but my cousin said in the Western part of the country they pronounced it with an 'a' at the end).

We were honored, as it's a labor-intensive process that they were willing - and excited - to make time for us to see and taste. 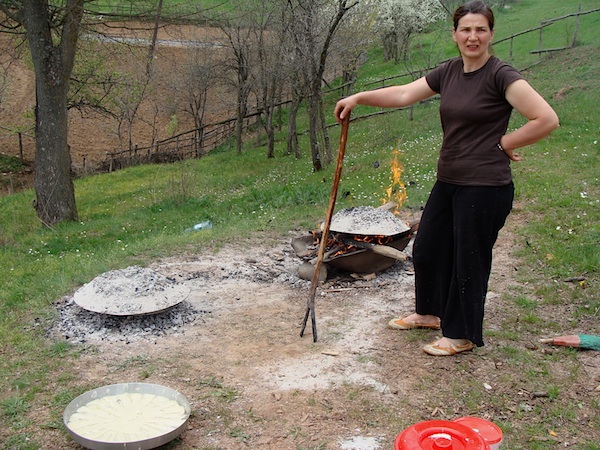 Liza (pronounced, 'Leeza') is a Flia master - she started around noon getting the coals ready and by the time we got there around 3:00 pm, she had two lids heaped with coals and had started cooking the two pans of Flia layers.

She used the forked stick to pick up the lids by the handles, carefully balancing them to keep the hot coals in place. 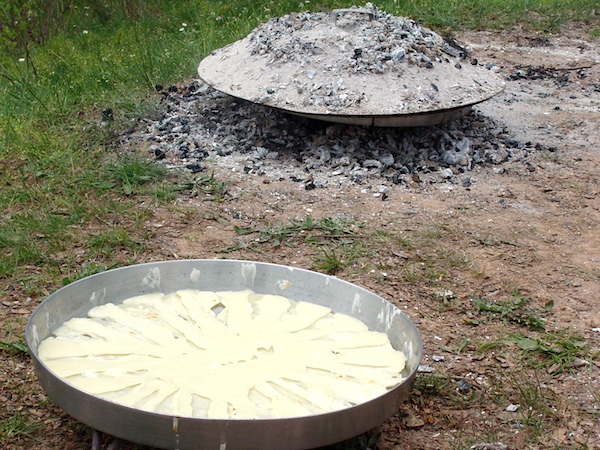 The Flia pan stays in one place and then the dough is carefully spooned in the pan in a star pattern.

Above you see two pans - the pan at the top is cooking with a hot lid placed on top and a few coals underneath. The other lid is on the fire heating while the pan at the bottom gets another layer of dough.

When a layer is cooked, the lid comes off, goes back to the fire and a new layer is added before the hot lid waiting in the coals is replaced.

This is repeated many times - we watched Liza labor (and it was a LOT of work) over this for more than an hour. 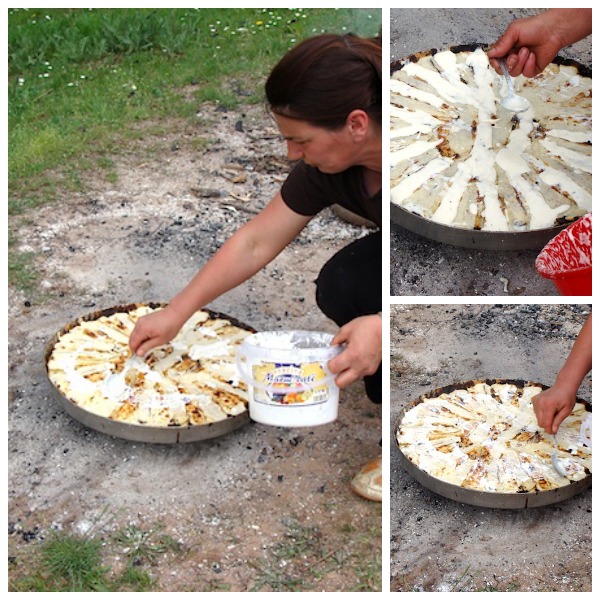 The thin dough is made from flour, water, and a milk/yogurt blend (as far as I could understand) and each layer is made in the star pattern, with the following layers filling in the spaces of the previous cooked layers (top right photo in this collage).

BUT in between each layer, Liza spread a thin layer of a yogurt-cheese mixture as well. This is repeated until the pan is full. 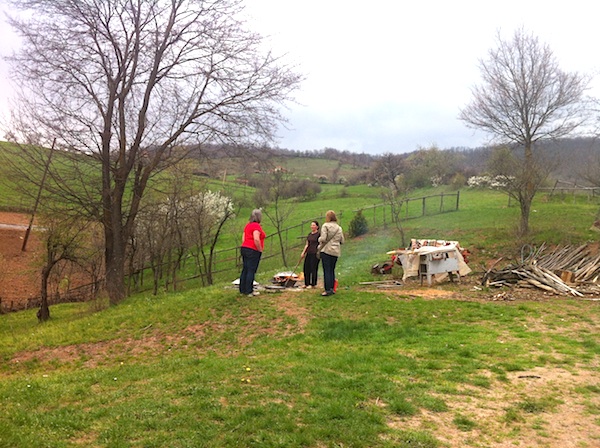 The steps to make Kosovo's Flia:

Whew. I think Liza worked between 4-5 hours total on just this for us!

Really puts my Kitchenaid-enabled bread baking to shame, doesn't it? 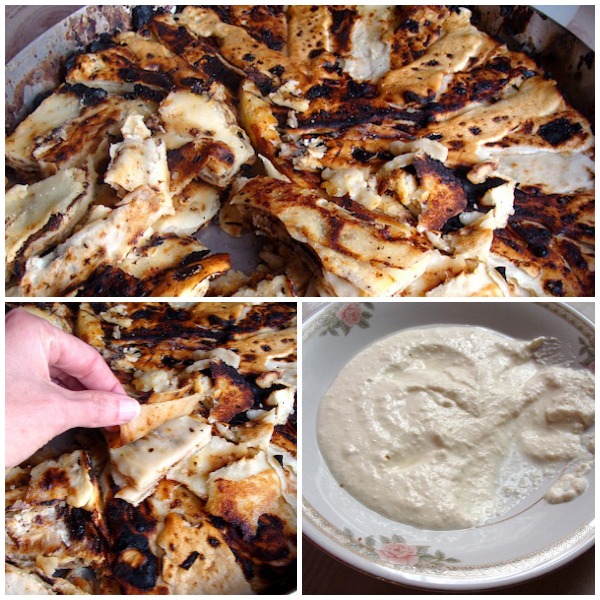 Liza's whole family then joined us to eat the Flia together - she served it with home-canned pickled vegetables and this tasty dip called Maze which I think is more of the yogurt-cheese used in the Flia.

Flia is a dish you eat with your hands, peeling the layers and dipping it in the Maze. It was really fun to see the kids enjoy this special treat they rarely get - and they ate LOTS of it.

You can see why we were so honored and thankful to be gifted with this experience by Liza and her family! We were so touched that they would open their home and take the time to show us a part of Kosovo that we would've never seen from a hotel room.

We got to enjoy the new relationships (as much as possible with the language barrier - so glad for my cousin and his wife who interpreted for us!), see how a typical family lived, and taste a new and different dish.

It was just one of the many, many blessings we received during our trip.