Hello everyone! How did you spend your weekend? We spent it working around our little acre and were able to check a lot of things off the to-do list – yeah! 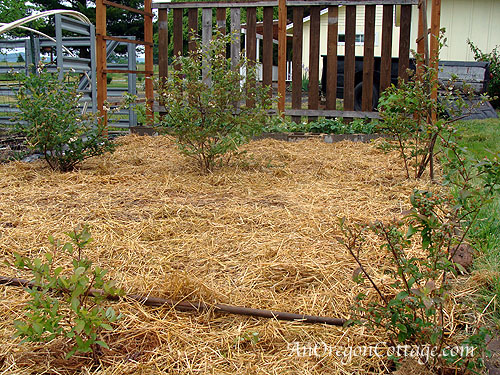 Thanks to an AOC reader suggestion, the blueberries were given a topping of peat moss before being freshly mulched with straw. 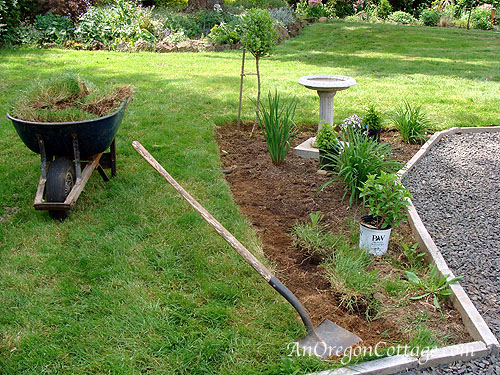 This flower bed edging our new gravel patio had been an afterthought last year as we were working on the backyard transformation. We had the area from creating a rounded patio from a former square deck, but I needed to plan it out a little better. 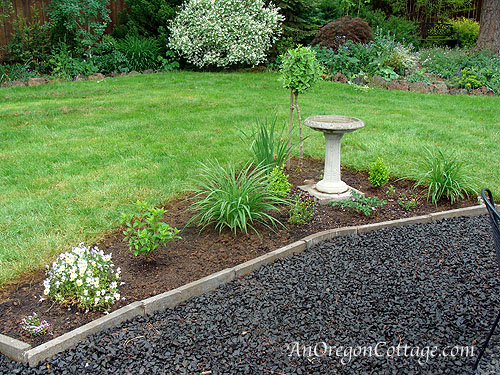 I widened it (digging sod is probably one of the reasons I was so sore!), weeded, and moved some of the existing plants around. Then I planted a couple of boxwoods for winter interest and a “Little Lime” hydrangea I’m excited about. It was a birthday gift from a friend and turns a lovely mauve color in the fall.

As soon as we get a load of compost, this will be mulched with newspaper and the compost. 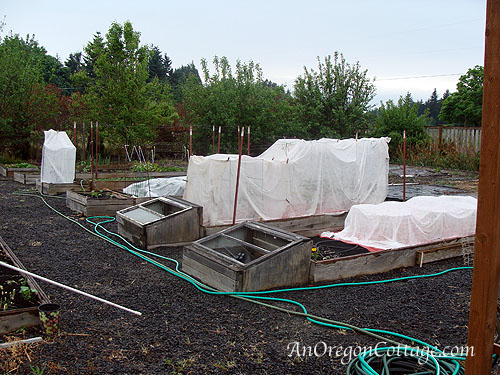 The tomatoes have been planted! And covered, because we still have another month or so before the weather is good for tomatoes here in Western Oregon – no matter that the last two weeks have been beautiful and dry.

Monday, the rains came back, of course. 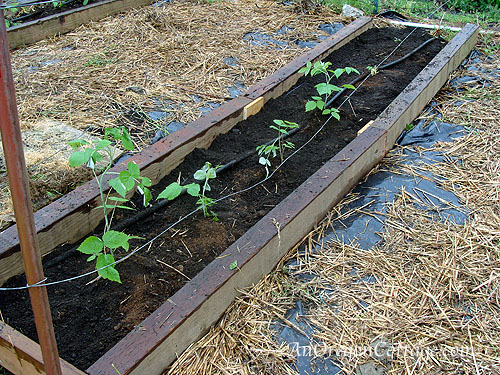 Do you think “third time’s the charm” with the raspberries? This time we used timbers from the old deck to make narrow raised beds before adding good soil and peat moss. The starts came from a friend and my sister – both who’ve given me starts before that died.

Hopefully, I won’t have to ask again. 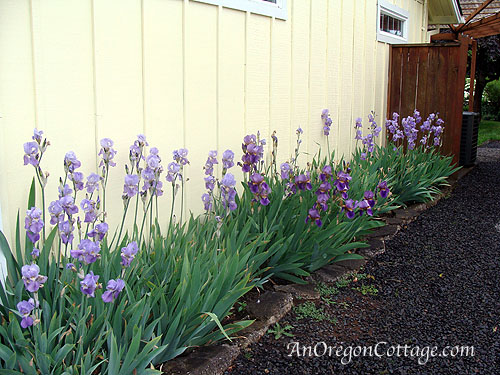 Purple Iris Against a Yellow House

I just had to share this photo with you – don’t the purple iris look fabulous against the yellow house? So much nicer than the previous gray – now they stand out instead of blending in.

A year and a half later and I’m still LOVING our yellow cottage!

Lastly, I’ve had some of you ask what happened to the clematis that got “clematis wilt” last year – dying right before all the buds had a chance to bloom. After doing some research and realizing that no one really knows what causes it, I decided to leave it in the ground and see if it would come back. 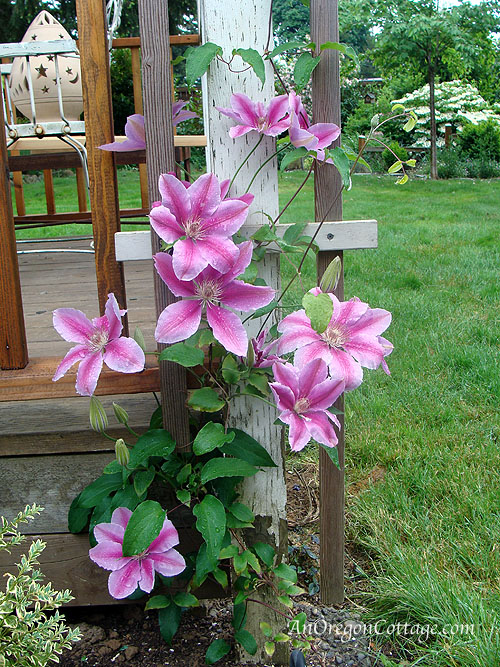 And it did! I noticed the new shoot last fall and wondered if the foot-long tendril would make it through the winter. It’s now about 5′ tall and blooming it’s head off – with no sign of the wilt, wa-hoo!

There’s only the one vine, though, growing from the root. I do hope it produces more, because it does look a little fragile. Oh well – I’m certainly enjoying the view from my kitchen window now.

Let me know what’s happening in your garden!