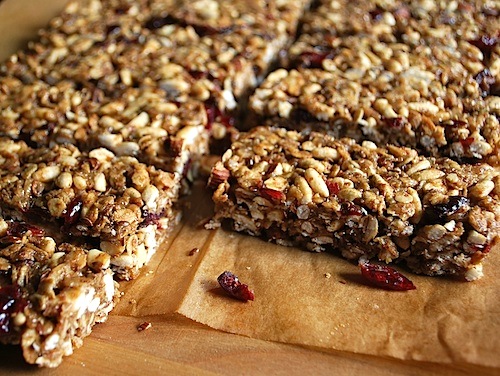 I went into the kitchen for my regular Monday morning baking day – usually two loaves of bread and a batch of granola – and ended up three hours later with 10 homemade items for our freezer, fridge, and cupboards!

I don’t know what got into me. It probably had something to do with the fact that I know I can’t shop this week because we’re eating from the pantry and I wanted to make sure we were stocked up.

But it was also because I like to maximize the time I’m in the kitchen- since I was going to wait for the sourdough to rest, I might as well make the granola…and since I was in the kitchen, that’s the time to set some pots on the stove to cook up beans to keep in the freezer, which are so convenient.

After I put the sourdough aside to rise ,and the new granola was in the oven, I used the granola we had left from last week to make the Cranberry-Almond Granola Bars pictured above.

They turned out so GOOD- I used almond butter and just a tablespoon of coconut oil instead of the half butter/half coconut oil and I really like the extra “meatiness” (for lack of a better word) the nut butter added. 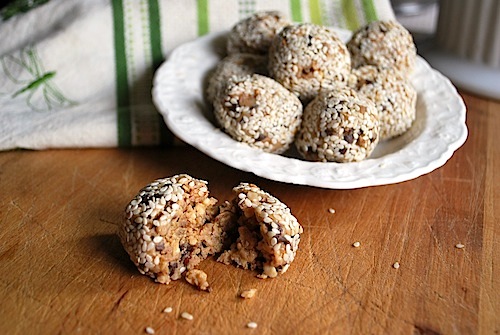 There was enough granola left to make a batch of Peanut Butter-Chocolate Chip Granola Bites, too.

I love these things – they’re nutritionally dense, filling, and a perfectly sized little bite of heaven as far as I’m concerned. 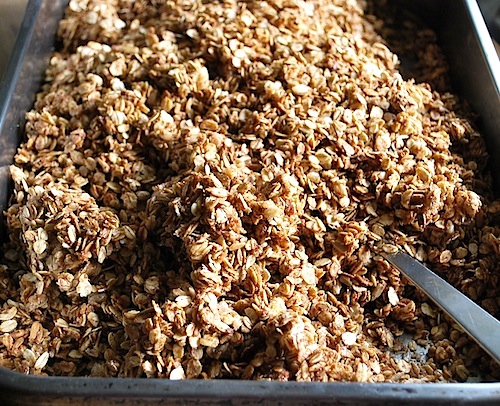 I’ve been making the same granola for years – I think I called it “Best Granola” when I posted the recipe a few years ago- but I really should have called it “Easy, Quick, And Yummy Granola” because it only takes 20 minutes to bake and, well, it’s yummy. 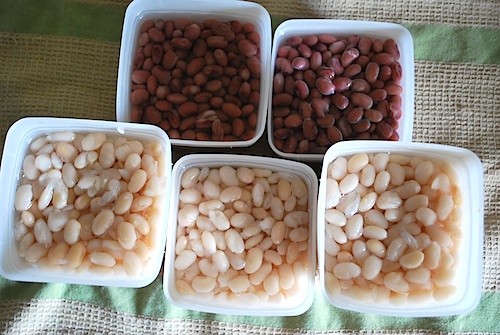 In addition to the red and white beans ready for the freezer you see here, I also cooked up some garbanzo beans – which I think are my favorite to have cooked and ready to go – they just took a bit longer to cook, so they missed the photo op.

I hadn’t planned on it, but I decided to make up a batch of Hummus Made With Sesame Seeds (no need to have tahini!) with the cooked garbanzos.

And, wow, did it taste good on the sourdough bread that night for dinner – why hadn’t I planned that? 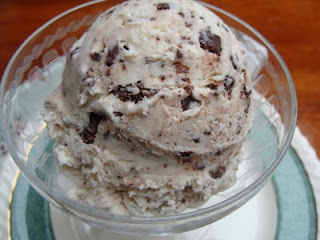 Since it takes about five minutes and I was given a pint of cream after our family snow trip, I whipped up (literally!) a container of No Machine Chocolate Chip Ice Cream. And I don’t think I need to tell you how nice that is to have in the freezer, do I? 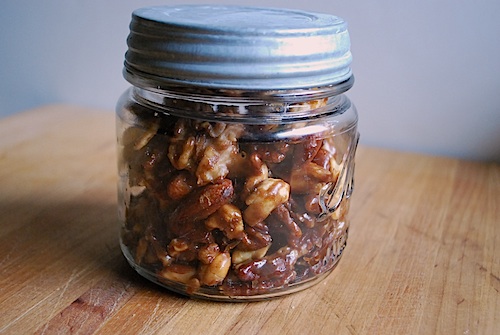 I did, however, plan to make these cinnamon glazed nuts after finding the recipe last week. They are made in the slow cooker, so I just stuck them in there in between making the other things.

Unfortunately, it’s not a keeper as is – they didn’t crisp up (which is what I thought would happen) and the recipe called for way too much sugar. I ended up putting them in the oven so they weren’t so goopy, and I lessened the sugar, but not enough.

I think I’ll try again with a few tweaks and see if cooking them longer in the cooker – with the lid off the last 30 minutes – will result in what I’m looking for. I’ve burned so many nuts cooking them in the oven or stove top that if I can get this to work, I’d love it! 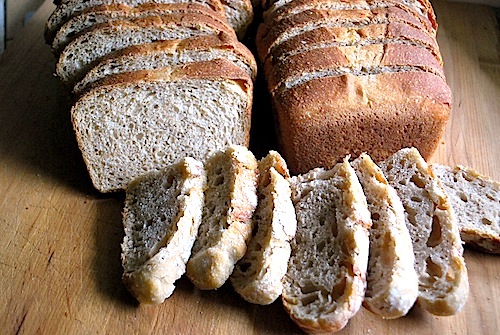 My bread baking has changed since I started using sourdough and I know that I need to get it ready in the morning, let it rise all day, and then bake it around the time I’m heading into the kitchen to start dinner.

So around 4:00 pm the sourdough loaves and ciabatta had risen and could be baked. Look at that crumb!

My sourdough starter is coming up on two years old and, thanks to the tips I use for occasionally using sourdough,  just hops back to life even after I’ve neglected it for 2-3 weeks in the fridge.

In fact, it just keeps getting better! It seriously never ceases to amaze me. 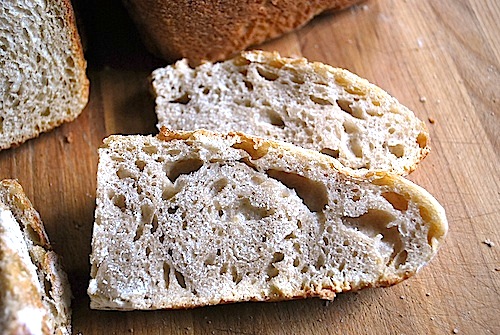 But what I can’t believe is how the sourdough artisan bread turned out, especially compared to the crumb in my first successful try at this loaf. This is the first time I’ve had such large holes in it- and I’ve been trying for awhile!

I’m calling it “ciabatta” because it didn’t rise very much since it was such a wet dough – there was no way to shape it – and ciabatta is flatter. Makes it seem more intentional, huh?

So, wet dough = large holes and crusty exterior. But it also means it can’t be shaped into a ball, so it’s flat.

We’ll take it, though!