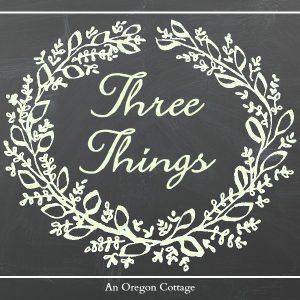 Happy Saturday! Our weekly ‘Three Things” post is where you’ll find a peek into my week, some things that are making me happy, and a few of the things from AOC that you’ve been loving. And yes, that’s more than 3 things, ha! I’m simply using 3 as a way to organize these weekly updates, though I’m known to throw in even a few more things – but we’ll call those ‘bonuses,’ okay?

Let’s get started! (Note: the links I provide are often affiliate links, though not always.) 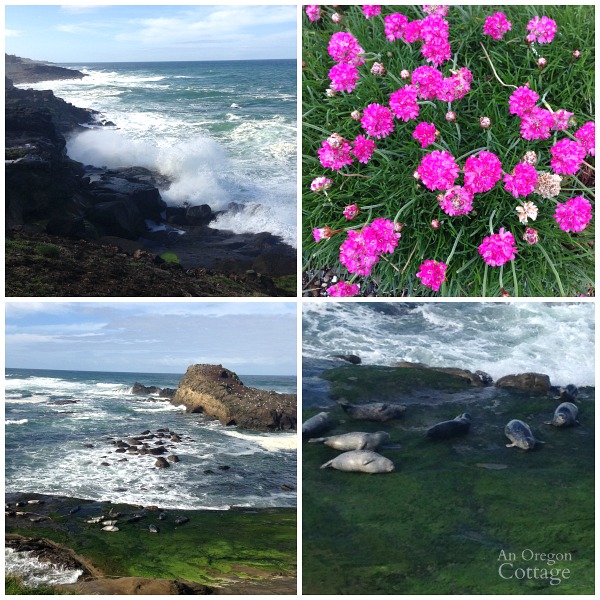 We spent last weekend in Depoe Bay (their sign has always said, "the world's smallest navigable harbor" but we're not sure if it's true or not) which is a tiny, pretty town along the Oregon Coast. Our weather was great most of the time (Friday night it rained, but we were just arriving and sleeping, so no big deal, right?) - we even used the hot tub in an outdoor pool that overlooks the ocean. Happy sigh.

Depoe Bay is also known as a place to whale-watch since a pod lives there year around - or pretty much, I think. We saw 7 spouts, plus lots of whale-watching boats and people lined up on the shore with binoculars. We also had a colony of seals (is that what they're called?) at the hotel where we stayed that were sunning on the rocks during low tide. I'm not sure seals are supposed to get that fat, the fish must me pretty good around here - we thought they were sea lions at first, ha! 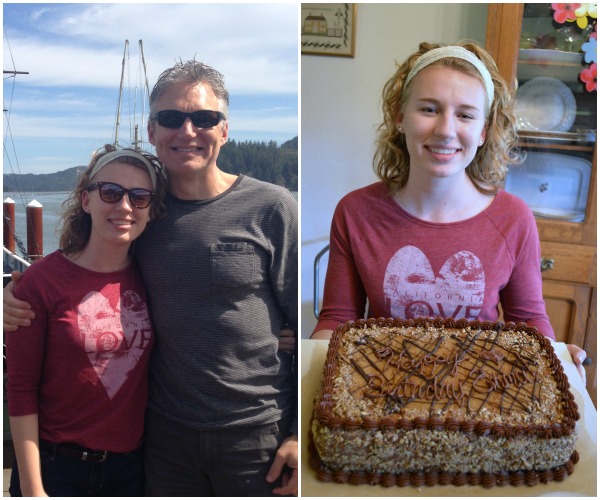 Our last day at the coast our daughter turned 19. Oh. My. Gosh. One more year and I won't even have a teen anymore! We took her to lunch in Florence on our way home and the weather was so nice we were able to eat out on the deck overlooking a river. She's such a beautiful gift to us - we are so proud of her, both her accomplishments and the incredible person she's become. Sniff. (Oh, and that cake? It's a family classic I've made for years and it's to.die.for. Maybe one day I might share it with you...) 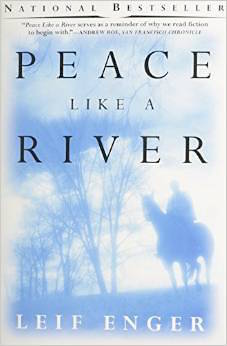 I finished Peace Like a River by Leif Enger - book #6 and it's only the beginning of April! I'm telling you, make a goal and a list if you want to find time to read - I used to not think about it, but now I'm always looking for any spare minutes to read. 🙂

As for the book, I added it to my list from a recommendation I saw on Modern Mrs. Darcy. Apparently it is some people's favorite book ever written. I appreciated the well-written story and it's view from the narrator's perspective years later (it's like he's telling you a story from his memory as a boy), but I didn't find it very emotional, especially given it's emotional storyline. I just never connected with the characters and found myself just trying to get through it and see how it ended. Anyone else read it (it's a few years old)? I'm starting to feel there's something wrong with me, since I don't seem to feel the same way about some books like I read others do - of course, I've always known I'm a bit weird, ha! 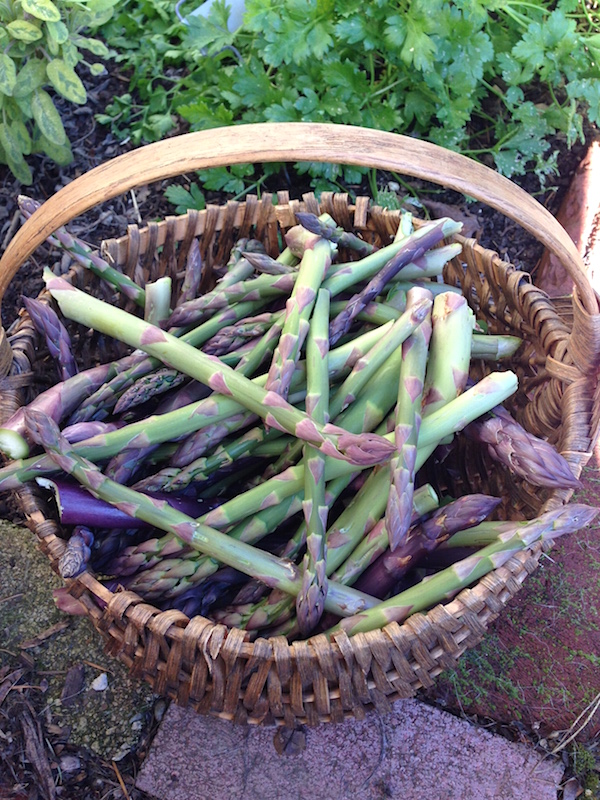 The first substantial batch of asparagus was harvested, which is always the official start to the coming bountiful season in my garden (in other words, it finds me doing a happy dance out in the garden!). I had picked a handful about a week previously, but the slugs/snails had gotten a lot of the new shoots so I had to Sluggo them in order to pick these beauties. Any other asparagus harvesters out there? 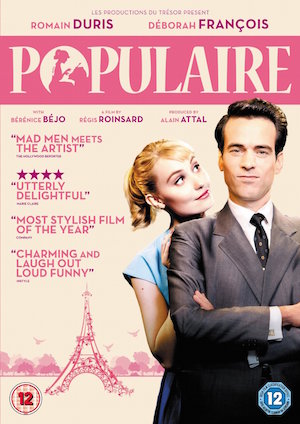 We saw this movie, Populaire, a few weeks ago on a whim when it came up through our Amazon Prime Instant Video and were completely smitten. It's so cute in a Mad-Men-meets-Wes-Anderson kind of way, and you'll never guess what the story is about! Competitive typing. I didn't even know there was such a thing (or was there ever?). It's an almost clean movie (just one scene after they go to Paris that we fast-fowarded through) in French with subtitles that is just a fun watch. 🙂

After my daughter was born I developed a few small patches of eczema on my torso (I've always wondered if it was connected or just a coincidence...) that flair up every winter. Ugh, the amount of time I can spend scratching - and you know how it just makes it worse, right? Well, I got this Eucerin Calming Itch Relief lotion originally because of a coupon and was completely surprised that it really works! I love it- any time I get the irritating I-can't-think-about-anything-else itchiness, I rub some of this on and voila! I forget about it. Granted, my eczema is pretty small compared to those with larger, scaly patches, so it might not work for everyone, but it does work for me. This is one of those happy couponing finds (unlike SO many others...).

Disclosure: this post contains affiliate links and by clicking on them you help support AOC at no extra cost to you – thanks so much! (Oh, and you can always read our entire disclosure page here.)