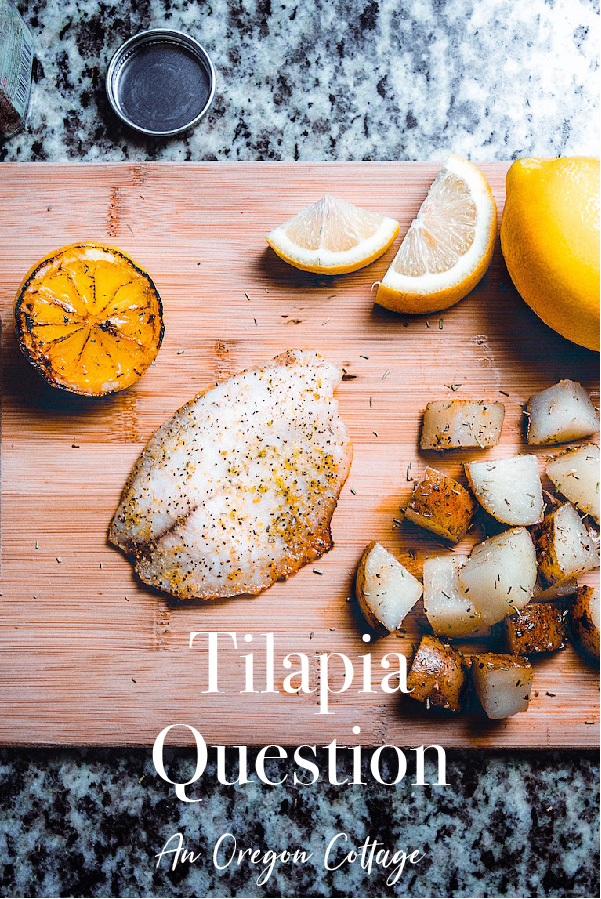 I got a great question on yesterday’s post where I featured tilapia in a meal. Peggy asked:

“Do you have any concerns that tilapia is from China (or possibly Ecuador)? Obviously, they are farm raised, but do we have a concern about lead or other contaminates in the water? What inspection process to they go thru? I’ve never seen this addressed.”

I had read somewhere previously that tilapia was one of the better farmed fish to buy, since they naturally live in small, shallow ponds, they grow rapidly, are pretty hardy, and don’t pose a threat to sea species since they are freshwater fish.

BUT, I hadn’t actually researched, and just a quick look on Swagbucks (got another buck for looking- have you been getting your Swagbucks?) returned some interesting things.

The thing with the Internet is you’ve got to be careful about being sure of the source of the information as well as the info itself. One of the articles was too old (early 90’s), and another was obviously anti-farming saying the fish was “highly carnivorous” (and thus a potential danger to other fish) early on, then later admitting they were “mostly herbivores” with instances of carnivorous activities. It just seemed like they were looking for something to make an issue of, and I was looking for something more well-balanced because the world’s wild fish will not support the population and farming is something that should be an option, done properly, to ensure there are wild fish left in the future.

So I liked this short page from the Monterey Bay Aquarium’s Seafood Watch, which is a great consumer information and awareness program about all different kinds of fish and seafood. What I especially like is that they give you the best option to buy, but then also an alternative as well as what to avoid.

As far as tilapia is concerned, U.S. raised is the best and fish raised in South America is a good alternative, since finding US raised tilapia can be difficult (though US companies are growing). And Peggy is right that we should avoid fish raised in China and Taiwan because of “pollution and weak management.”

Great. I’ve got both South American and Chinese in the freezer right now. Well, now I’ll know what to avoid in the future.

Hope I can still fit it into my budget! (Where there’s a will, there’s a way…)