Can you still use sprouted potatoes? Yes - when you open a bag of potatoes and find they have all sprouted, use one - or more - of these ideas so that they don't go to waste. 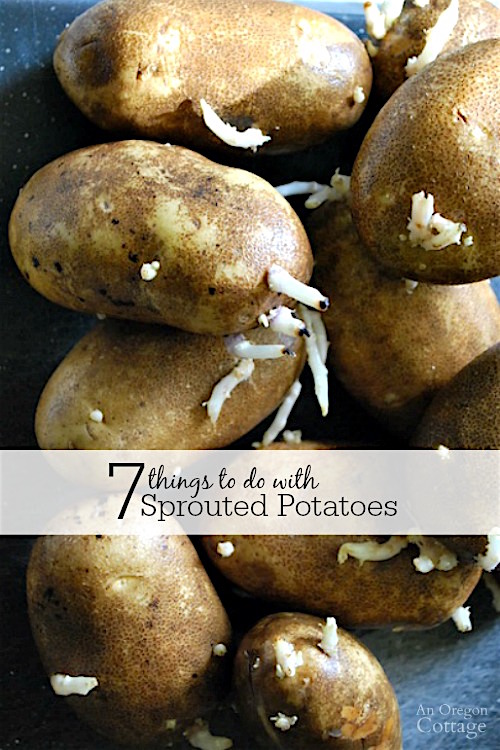 I'm so glad you're here! Besides tips on using sprouted potatoes, AOC is a place where you'll find easy, real food recipes, tips to be smart in the kitchen, and using up what we have. See more potato recipes here and more kitchen tips here.

When I found 5-pound bags of organic potatoes on sale for .99 each I, of course, had to buy two. However, since organic potatoes are not sprayed with a sprout inhibitor, I was faced with about seven pounds of sprouting potatoes only a week later.

You know I try very hard not to throw food away, and yet I don't want to eat potatoes for the next week, either. I think I'm not the only person ever faced with this problem, right?

I did a little research and came up with a number of ways to use these potatoes before they become shriveled and inedible, which I thought I'd share with you (and not because I've always wanted to have a picture of sprouted potatoes on my blog, ha!).

But first, a little Q&A:

Why do potatoes sprout?

It's how they grow. When planted in the ground, the sprouts will grow up through the soil, becomeing green foliage and the tuber will feed the new plant. As it grows, the original tuber will shrink and become mushy or non-existent, but there will be a lot of new tubers growing all around it from the new plant. It's the plant's life cycle.

Like I mentioned, conventionally grown potatoes have been sprayed with a growth-inhibitor and it's why you can have a 10-pound bag for longer in your pantry without sprouting. Organics don't do this, so you have to use them up sooner.

Are sprouted potatoes safe to eat?

Yes, as long as they're still firm to the touch. Just cut out the sprouts and eyes and proceed with your recipe.

Is there a point they're NOT safe to eat?

Not really unsafe, but if they are really wrinkled and shriveled, the starch as turned to sugar (in preparation to feed the plant that is sprouting) and the nutrient value is pretty much gone. At that point, they're only good for the garden or the compost pile, really.

Can I do anything to keep them from sprouting in the future?

Storing them in a cool, dark, place will go a long way to keeping them from sprouting as fast. Also, store them away from onions (I know we always see these two stored together, but the onions will make the potatoes sprout faster!).

Oh, and if your potatoes have a green cast to the skin, they've been exposed to too much light. This green is considered a toxin (potatoes are in the nightshade family), so you should always peel off any green areas of any potato.

So grab your potatoes and choose one or more of these ideas - after you've washed them and cut off all the sprouts, that is (by the way, these ideas all work for non-sprouted potatoes, too, except for the last idea - then you'd actually want to wait until they've sprouted!).

7 Things To Do With Sprouted Potatoes 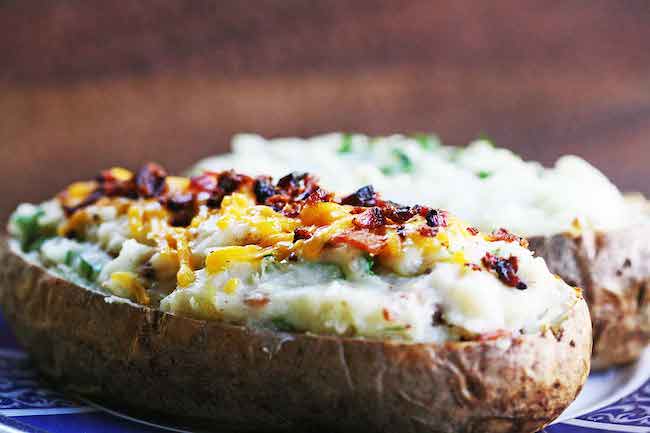 To freeze: after stuffing, but before the second baking, lay them on a cookie sheet and freeze completely; transfer to freezer, removing as much air as possible, and freeze for up to 3 months. Thaw and bake as normal. I've done this many times and it's such a treat to have twice-baked potatoes in the freezer! 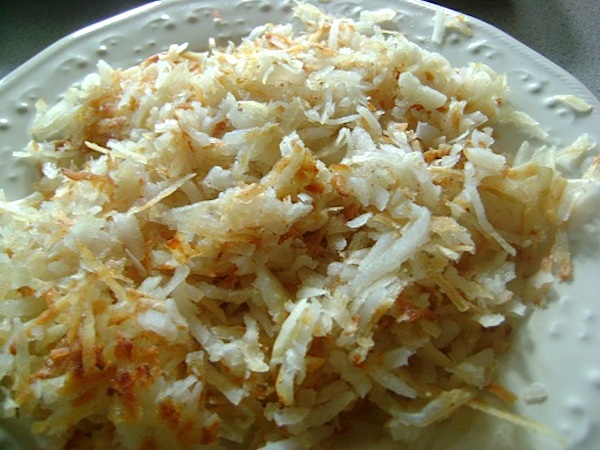 I love this so much - I've just done without hash browns for years because I didn't want all the extra ingredients that come with store-bought. My family is really enjoying these again and it's very convenient.

This is a variation of the grated recipe in #2, except you just chop the potatoes to freeze and when you're ready to eat, just cook them with butter, onions, and peppers. 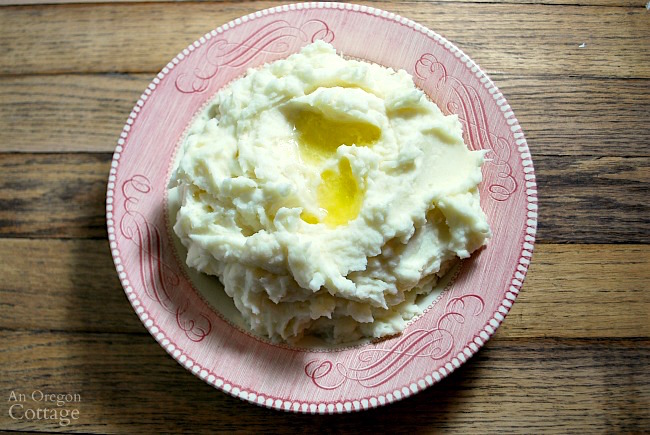 To freeze mashed potatoes: divide the mixture into meal-sized portions into pans, dot with butter, wrap in foil and freeze. When ready to serve, thaw the pan overnight and heat in the oven for about 30 minutes at 350 degrees, until warmed through. 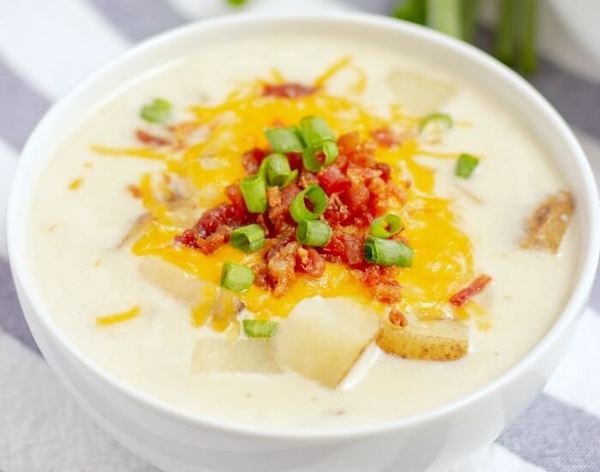 5) Add some of the potatoes to a slow cooker and make Baked Potato Soup for dinner.

Bonus: the leftovers of this soup can be frozen, too! 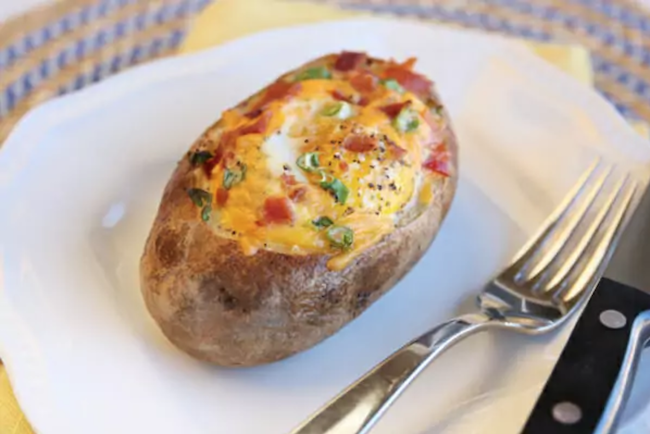 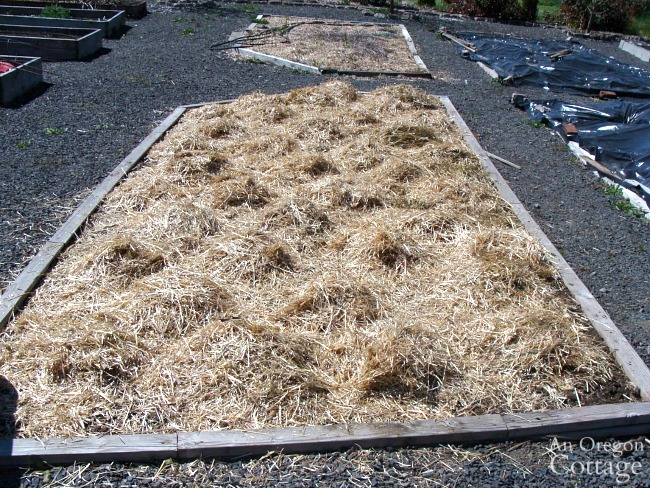 7) Of course, if it's potato planting time where you live, you can plant them.

Plant them in the ground or in a tall container (even a clean garbage can) where they'll get a lot of sun. You actually want to sprout your potatoes before planting, so you're half way there! (f you haven't grown potatoes before, make sure to check out my easy potato planting method.

What are your favorite ways to use sprouted potatoes?

Here are a few more recipes that use potatoes: 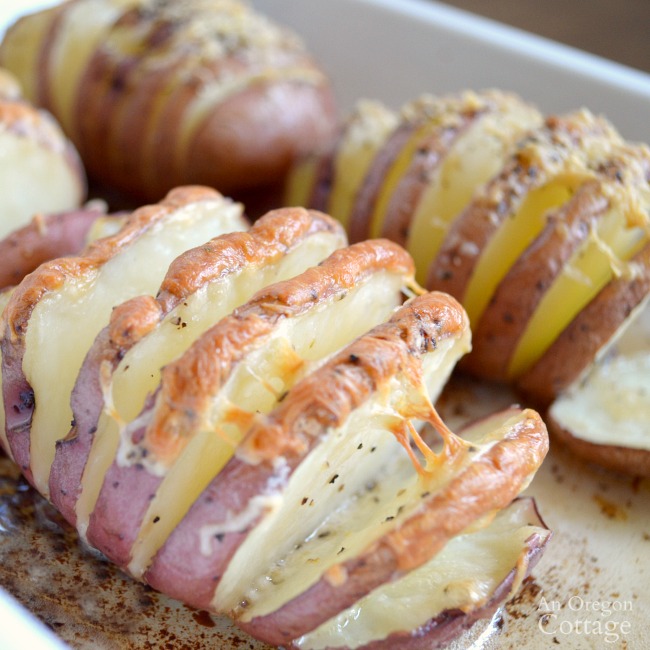 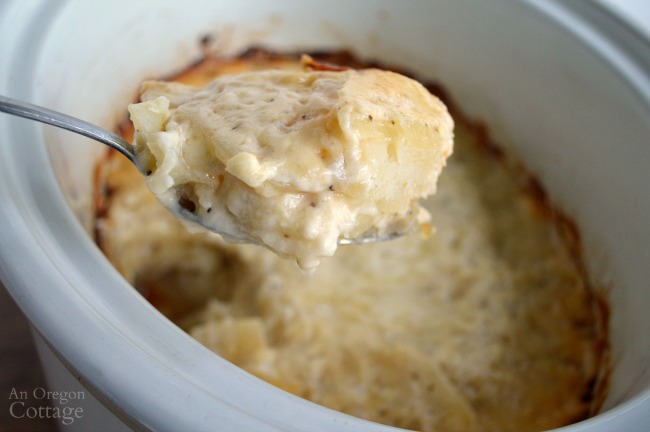