That title, my friends, is my sad attempt at a pun. My first title, though, was 'Dog-saster,' so count yourselves lucky.

Here's my tale of a dog and some vegetable seedlings. 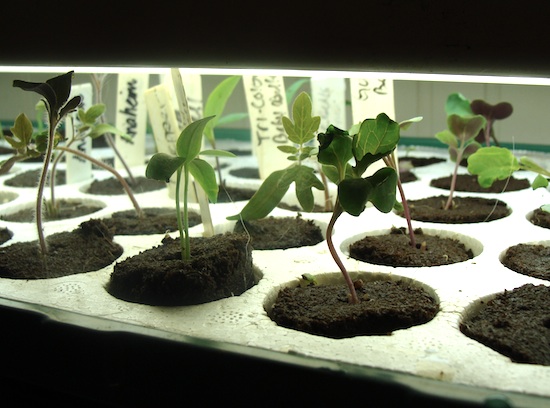 These are my three-week-old seedlings - yeah! Growing and looking good. Nothing wrong with that.

I planted them similar to this post all about seed starting, except this year I'm trying a new styrofoam seed starter with preformed plugs. Just experimenting (and not too impressed yet).

Look closely at that photo and you'll see something that doesn't belong. Dog hairs. Sticking up out of the plugs.

This would be why they are there: 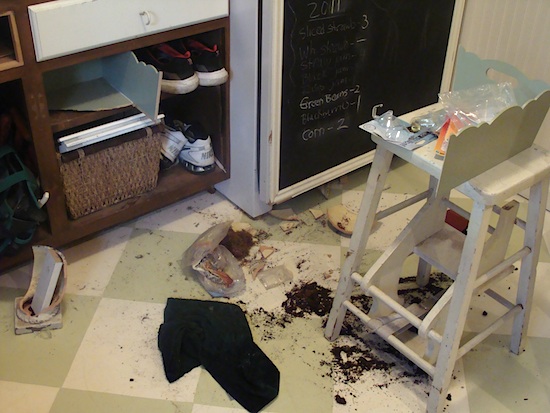 What you see above is just a fraction of the mess we woke up to recently in the laundry mudroom where I also start my seeds.

It is also a bedroom for our dog, Samson. Who has quietly slept here on his bed for 7 years. 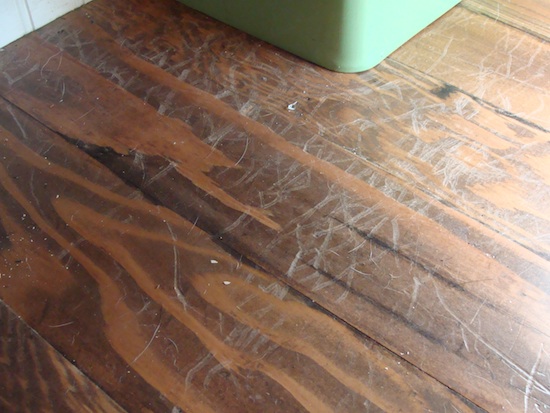 For some unknown, unfathomable reason, he panicked and jumped up on the wood counter holding the seedlings and their shop light, scraping up the counter, breaking pots and boxes and knocking a seedling tray onto the floor. 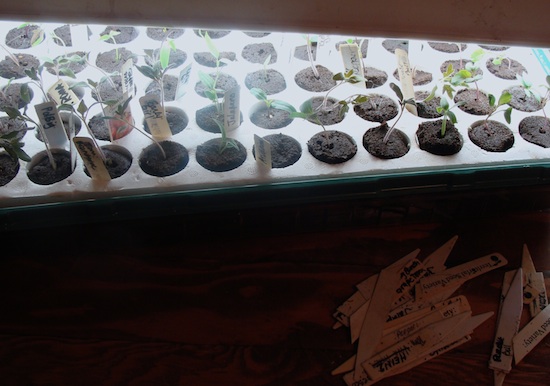 Amazingly, only two seedlings were lost as Brian hastily gathered up the plugs and stuck them back in their holes. But the labels? Oh, yeah - those are all in front of the tray instead of correctly identifying the seedlings.

So this year it seems, we will be growing determinate tomatoes (grow only 2-4 ft.) among the indeterminate (grow all season to 6 ft or more), with the paste tomatoes thrown in for good measure.

The pepper house will apparently hold hot and sweet peppers this year, even though I hate to waste room on the hot peppers that we use in the green stage. I usually leave the hot house to the sweet peppers so that they have a chance to fully ripen to their color in out typically cool summers.

Oh, well, I really am just glad I didn't lose them all!

And we are truly mystified. It happened two days earlier, too, but with less damage and no seedling tray disruption.

We thought a mop had fallen in the night and scared Samson. We could find no possible cause this time, though, and it was much worse.

The shop light is on a timer and comes on around 6 am, but this is not the first year we've had the seedlings in Samson's room - and the light started going on weeks before this occurred.

Sure wish we could figure it out. In the meantime, we moved his bed to the hallway - at least until I get the seedlings all grown up. Do you have any ideas?

Update: Thank you for all the ideas! We think is was a mouse. We've set traps and hopefully won't have this issue again!

Update on the update: it did happen again - a whole year later. And there really isn't a mouse. Now we think it's the florescent light making a high pitched noise we can't hear but that apparently drives the dog nuts. Sigh.

Here's an update for those who've been wondering how the seedlings fared after our dog went on his wild rampage. 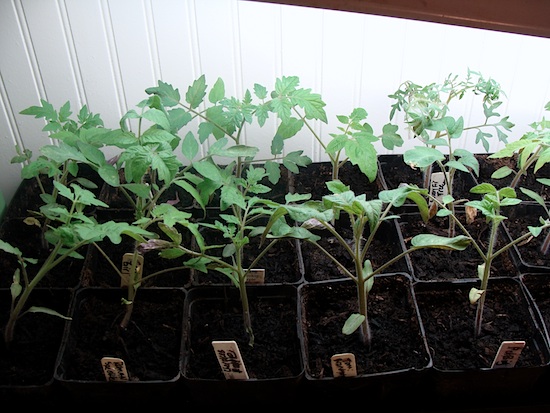 I'm happy to report, so far, so good!

The tomatoes above are actually looking pretty healthy. I'm right on track according to the Organic Gardening Checklist, having transplanted them last week to larger 4-inch pots.

They'll stay in these pots until I plant them out in early May under the row cover I use to give them a slight headstart. (Tip: learn my tomato planting tips and tricks here.)

And there are a few markers left in some of the pots - but here's the catch: they might not actually be the right one. Most fell out when Samson knocked them over, but some were left in and a few got put back - helpfully ? - by Brian. Only time will tell.

Hey! It's going to make for a fun gardening season, isn't it? 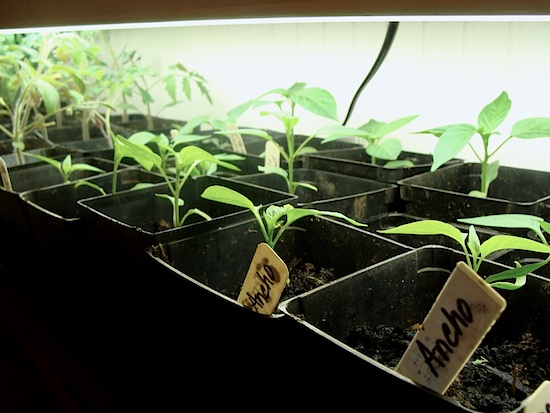 I'm really pleased with the peppers, too. They take about a week longer to sprout than the tomatoes and since I don't plant them until late May, I start them at the same time as the tomatoes.

More of these lost their labels. Again, fun times ahead. 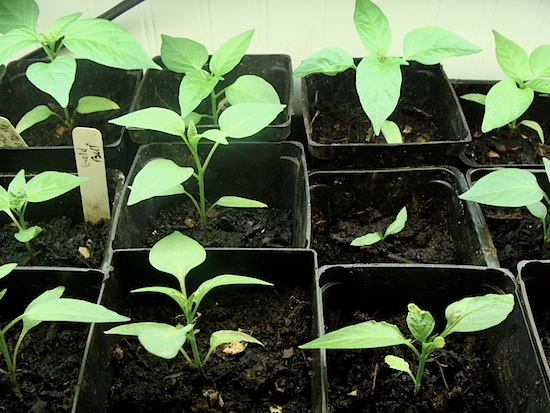 I did lose a couple, though, but was able to transplant an extra seedling when I moved these to bigger pots.

Oh, and here's a do-what-I-say-not-what-I-do tip: if you run out of bagged soil and go out to the garden to fill in with compost and soil, you'll also bring in pill bugs and other bugs that will chew on the tender seedling leaves. Duh. 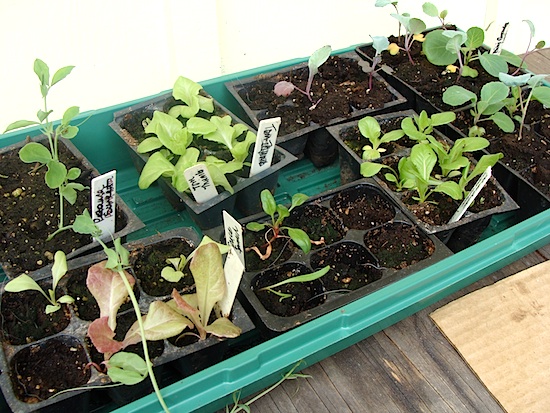 Here are the cool-weather seedlings I hardened off a few weeks ago and planted this last weekend. They include lettuce, broccoli, cauliflower, and cabbage.Unfortunately the cabbage, cauliflower, and broccoli seedlings were the worst hit from the dog. I lost about half.

Oh, well - it could've been worse!