Welcome to the exterior farmhouse fixer before tour - come and see what the outside looks like now and what our short and long-term plans are for remodeling. 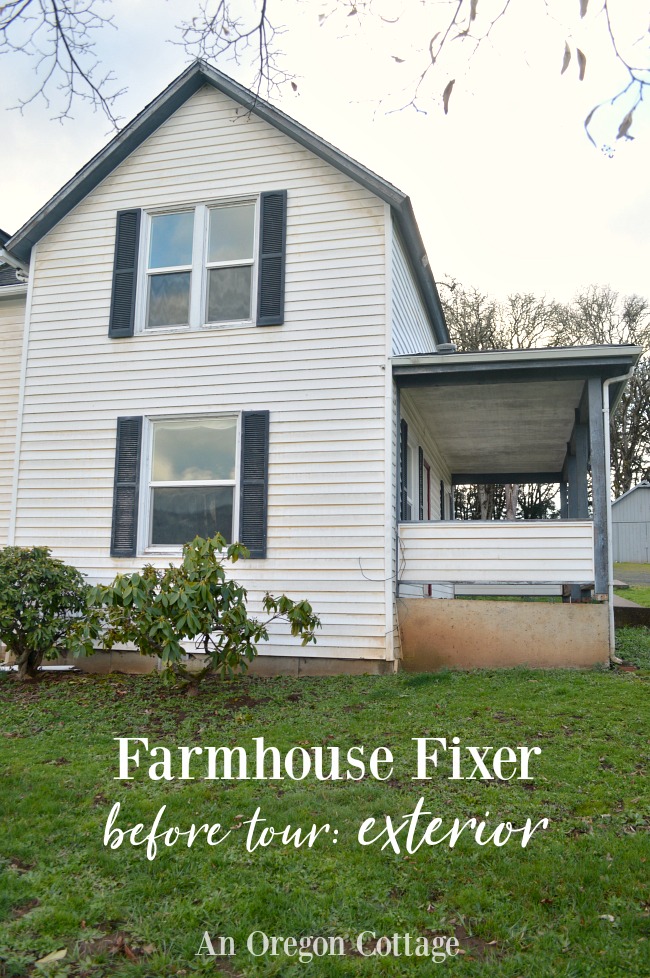 After publishing our farmhouse fixer before tour, I realized I should've titled it the "interior tour" because I always planned this as a series of three before tours: interior, exterior, and yard/garden.

While there were a couple of outside shots in the interior before tour, I didn't talk much about it and in the video even mentioned that I would be doing another video about the outside.

So here it is - the second installment of our farmhouse fixer before tours, all about the exterior of our old house, what we're dealing with and what we'd like to do in the future.

As a quick recap, we sold our cottage in late summer 2016, put our things in storage and moved in with family while we searched for a new home. We wanted to downsize and were looking for something different and maybe even special. We had no idea it would take 15 months to find, though! It was a perfect storm of a crazy housing market, low inventory, and what we were looking for (and not looking for…).

We put an offer for this farmhouse on 3 acres (this is downsizing from our 1 acre?? I know…that's for the yard & garden tour!) in November and closed in January of 2018. We're in the process of interviewing contractors, getting plans made, and then permits - and living in a manufactured home on the property while we wait.

To get a feel for the inside and what our plans are there, read this and watch the included video.

You can hear us discuss finding the farmhouse on our podcast here and even go with us on a live inside the farmhouse episode here for more details.

Okay, now let's see about the outside!

I was able to go into more details on the video below, so if you have time to watch it, it will give you a better idea of our vision - plus you'll see more of the property in a sneak-peek before the third "before" installment all about the yard and overall garden plans (you can already see what the initial plans for the vegetable garden are here, though). 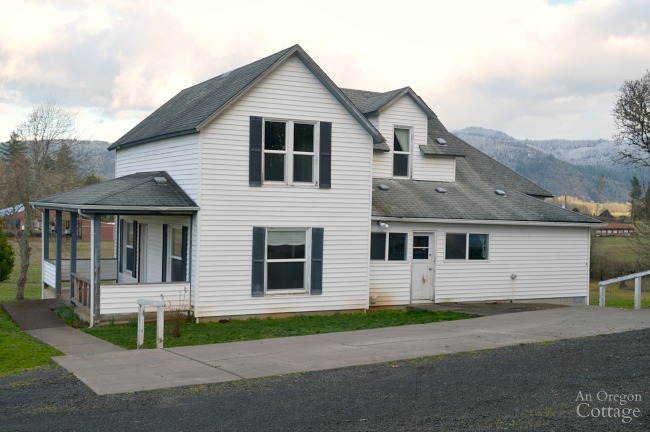 This is probably the view you're used to - it's the one easiest for us to take and shows the hills in the distance, so we've already taken quite a few from this angle. I think it's the prettiest view, too. This is the west side and the side everyone sees as they walk from the drive to the door.

We'll just start right off talking about the siding: not only is it dirty, it's cracked and broken vinyl siding. It must've been a pretty cheap product, because you can't touch it now without it breaking, it's so brittle. We couldn't look under it until after we took possession (there was no record of what was under it) and you can believe it was one of the first things we did.

We pulled off just two small sections just to see what was underneath and we were happy to find out it is a classic older-house wide wood siding with indentations between each row. It's hard to explain, but easier to show: 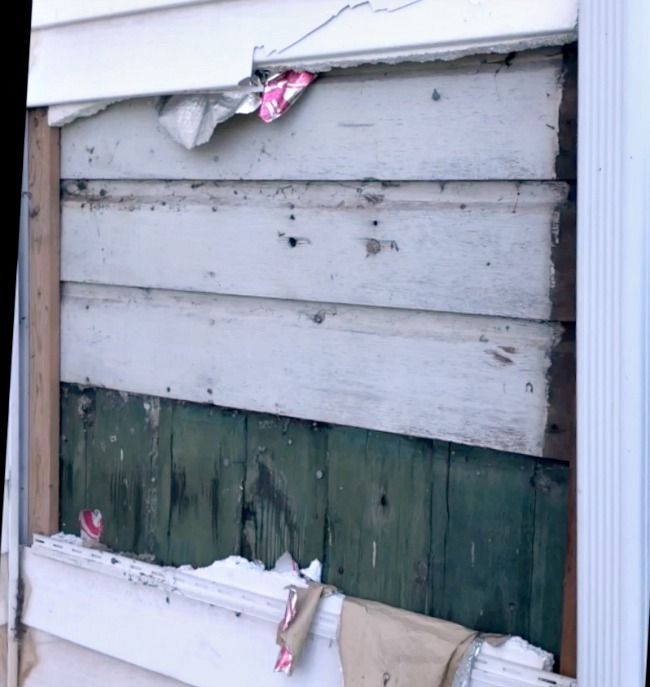 Our goal is to restore the siding, though we don't know yet the amount of patching that may be needed. Since we're doing a bump-out, we'll need a lot more and if it's hard to find, we may use a different siding on the back and take the original siding from the extension to use for any patching needed on the rest of the house. 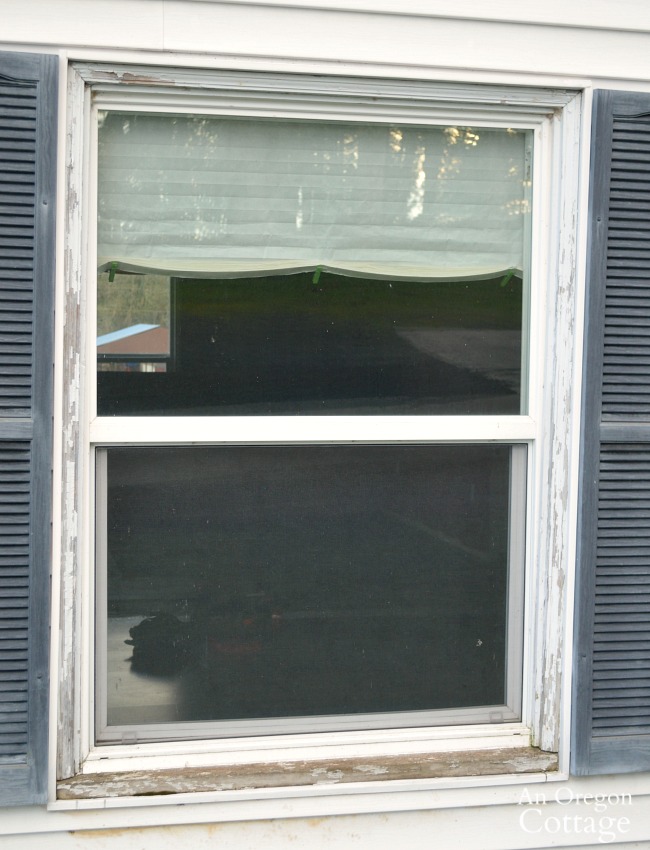 How about a close up of that main-floor window? Um, yeah - a bit of deferred maintenance, right? We were really worried about rot since it doesn't look like it's been painted in decades. Imagine our relief when the inspection showed no dry rot anywhere on the whole house except for one small area at the base of one of the porch pillars.

Apparently the wood on old houses like this was tight, old-growth and is pretty rot-resistant. Yay - there's so much else going on that we'll take it! 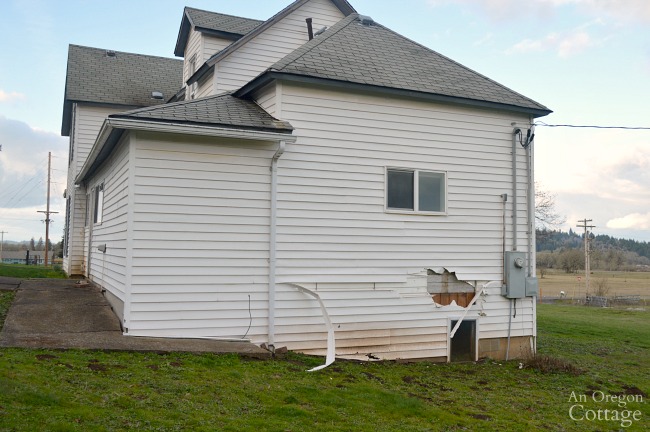 Walking around to the back we come to the area where we are planning the extension. To the left is the end of the enclosed porch and is a storage room inside. I hope to make it a laundry room with a window or two (this is a nice view to have so few windows).

To the right is the bedroom we are going to make into our master. The windows will be bigger to match the other windows of the house and I think the roofline will stay the same. We are going to move the electrical box to the other side to be in the laundry room (right now the fuse box is outside!).

You can also see one of the areas where we tore off the vinyl siding. This part of the house was added a bit later (though not much according to the neighbor we talked to), so it was nice to see it has the same siding as the main part of the house.

Because the land slopes, it's a fairly large crawl space on the east side of the house. We're hoping this makes it easier to get the foundation added - hope springs eternal, right? 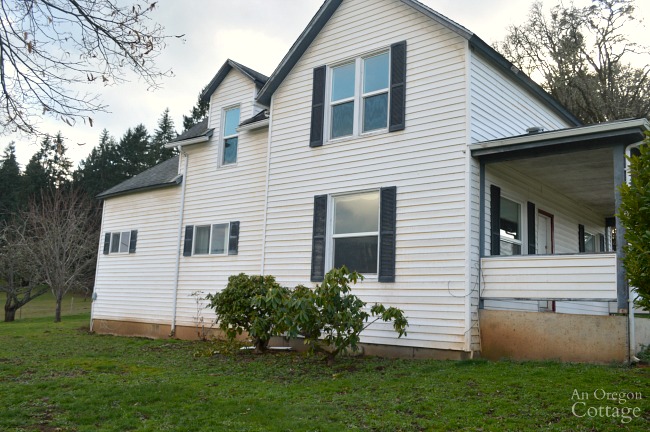 Continuing around to the east side, the sloping ground almost makes it seem like three stories here. The small rectangular windows will GO for sure. The back one in the master extension and the middle one in the kitchen remodel. I hope to make that a French door that will lead to an eating deck to take advantage of the great views. Since it's eastern exposure, dinners will be pleasantly in shade during the summers. 🙂

And then we complete our tour around the house at the porch. From this angle it looks like the door just needs to be centered and all will be good, but the right side of the porch rail is longer by a few feet than the left, so it's an off-centered arrangement.

I mentioned in the first video that I would like a nice door with a sidelite, which will help with curb appeal a lot. I also mentioned making the right side window two smaller ones instead of one large window (kind of like the upstairs window configuration). That may or may not happen, depending on what kind of door we get and what it looks like.

I hope to have a porch with no railings (even though I finally figured out the way to paint them to last longer, they are still more maintenance than I'd like), but the drop-off on the left will be an issue. I'm hoping we can make some raised planters there that will make it safe to have no railings, but we'll see. 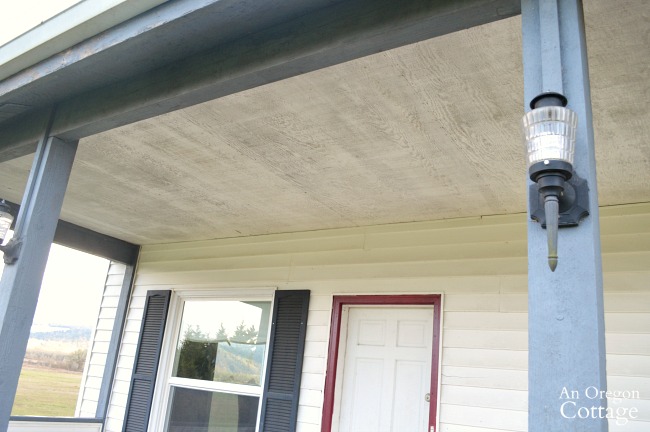 The other major thing that needs to happen on the porch is to add a tongue-and-groove wood ceiling. Oh, and lights beside the door.

I hope you enjoyed this little exterior farmhouse fixer before tour and that you will continue to follow along as we share all the ups and downs of remodeling an old house! As always, we love to know what you think and to read your comments - thanks so much for stopping by! 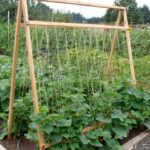