Easily stir natural peanut butter with this kitchen tip (+ video!) that works with all nut butters, and even comes with a bonus tip! 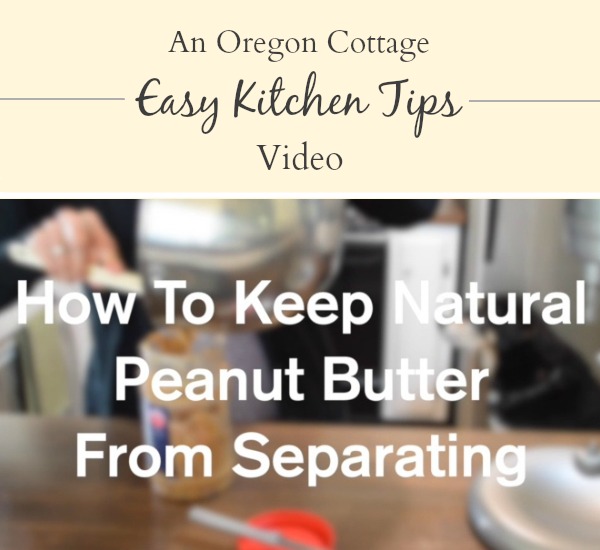 I have always been a peanut butter snob. My dad was growing up and I learned his ways. He used to have his favorite natural peanut butter shipped with friends and family up to Oregon after we moved.

So peanut butter to me as always involved stirring - that's what you needed to do to eat the best peanut butter that was just peanuts and salt. Well, you could make it with a food processor or something, but I'm not that much of a snob.

It was no big deal to stir small jars - until I had kids who ate a LOT of peanut butter. And we started shopping at warehouse stores that sold HUGE jars of peanut butter. Now those were kind of a pain to deal with!

Thinking I'm not the only one to deal with this, Brian and I made a short video (part of our You Tube series of easy kitchen tips short series) to highlight a tip I have used for years, every time I open a new jar of peanut butter - or any pure nut butter in fact.

These are the kind of tips that even though small, they are worth sharing because they really do make life just a little bit easier.

If you'd rather read, here it is: 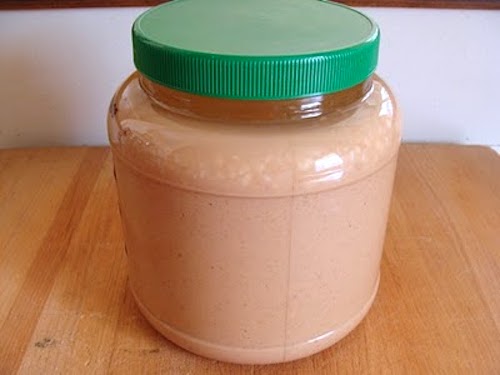 This works for any nut butter in any size, but is especially good for bulk peanut butter jars.

There are two steps to this: 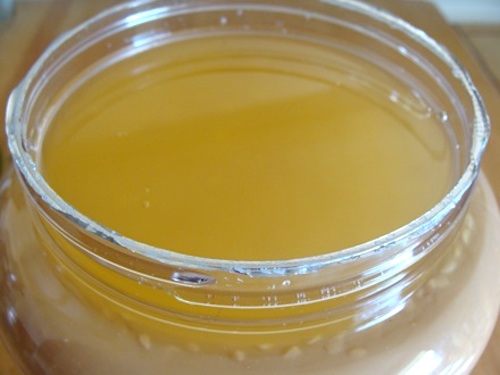 First, there's usually a ton of peanut oil on top of these jars of natural peanut butter. When I leave stir all in the peanut butter is then too runny and it just runs off the bread or apples. Not good. 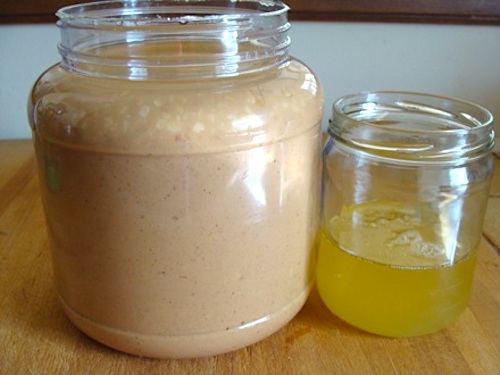 Years ago I use to just (gasp) throw it away. But when I realized that peanut oil is the best for Asian foods and stir-fries (because it can be used at the high temperatures) I knew I should be saving it.

Now I always have peanut oil on hand - and peanut butter that doesn't run off of things! 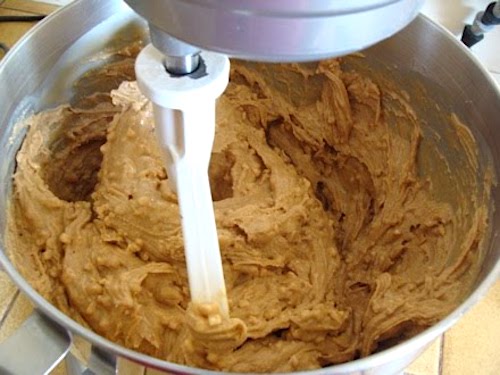 Second, my sister-in-law gave me this idea after I complained about how hard it was to stir those HUGE jars of peanut butter from warehouse stores like Costco.

Since then they stopped carrying them for awhile and we became fans of Kirkland's Valencia Peanut Butter that you buy in two smaller containers.

But even though they're smaller, they are still too big to stir all the way to the bottom, so I continue to use this technique - especially because I've also found that there are other benefits, too:

What do you think? Will you try this tip - or have you already?