Are there truly "no fail perennials?" Maybe not 100% for everyone, but there are definitely ones that are easier and do better than others. Better Homes and Gardens put out a list of their picks - read what I thought after years of growing flowers and my choices for no easy to grow perennials. 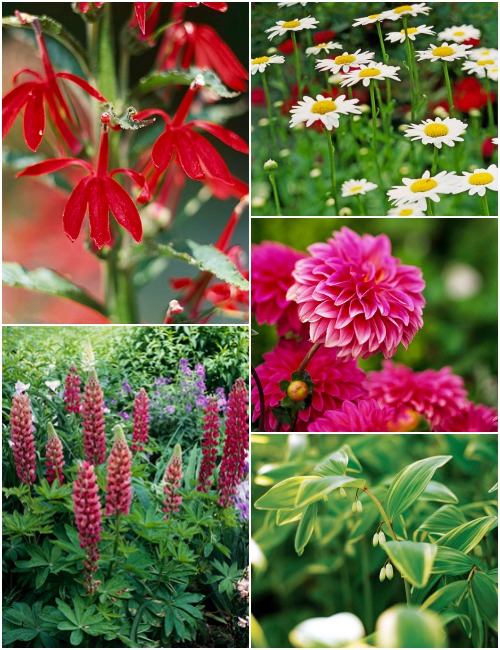 A little while ago I read an article from Better Homes and Gardens listing "no-fail" perennials for different regions across the U.S. When I looked at the list for the Pacific Northwest (PNW), I had to laugh because NOT ONE was a plant I'd recommend to people.

Maybe it's just me and the way I garden, but I have had experience with most of the perennials listed and guess what? They failed. And the ones that didn't were simply boring or had pretty garish colors. Maybe not a fail, but certainly might keep off lists.

Of course I had to share my thoughts, ha! So here's the list of plants from BHG and my thoughts on them, followed by the perennials I would recommend.

(Not so) No Fail Perennials

Actual No Fail Perennials You Will Love 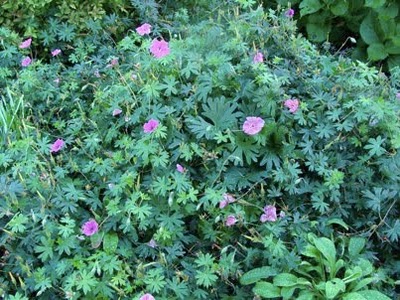 There are many varieties and some bloom longer than others, but all usually bloom a couple months. The plant pictured above regularly blooms June through mid-October for me!

This is a variety called "Monster" and it does get huge, but it's easily sheared back. I've been able to get lots of starts from this one plant, although the others in full sun don't bloom as long as this one. But something that blooms for almost 5 months? That's no-fail! 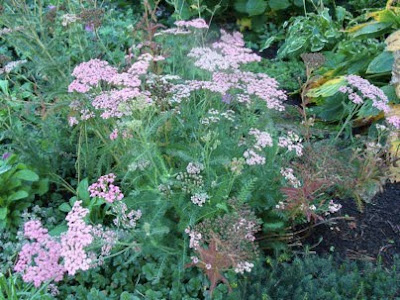 I like the rosy ones in the mixed pastels and there's a yellow one that mixes well with purples. They are happy in poor soil, take drought well, and bloom reliably. They also readily bloom again when cut back. I would always have these somewhere. 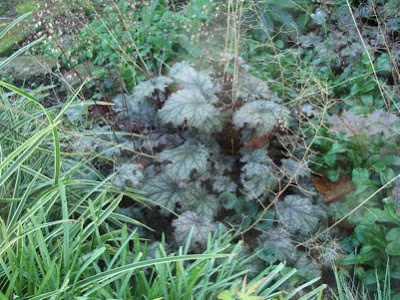 These plants are wonderful and there are so many different varieties now other than the humble "coral bells" that grandma grew.

The plant pictured above with the dark, silvery leaves survives and blooms in semi-dry shade and gives a nice contrast to the green of its companions. This is one plant that I think the flower spikes look good even after they've bloomed, so I leave them. 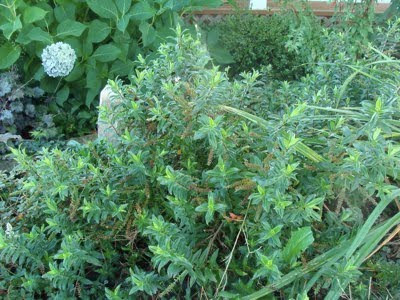 I was so happy to discover this plant! It is perfect for areas under trees like Japanese Maples that take most of the available water (dry shade again...) - and still blooms for a long period.

It blooms mostly in the summer, but you can see the little light purple blooms above that it's still sending out in October. They sometimes don't make it through harsh winters, but are such a great dry shade option that I'd always have at least one in my garden. 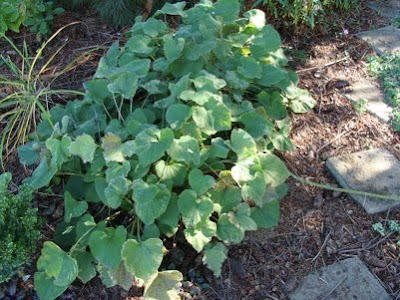 This is my favorite for dry shade and I LOVE it! In the spring it sends up spikes of blue, forget-me-not like flowers for a few months. But then it continues to look good with it's heart shaped leaves and glowing foliage.

This variety pictured above has variegated leaves and there is a silver-leafed one called "Jack Frost" that's very popular. I like them all and am happy when it reseeds- I've gotten about five new little plants from these. 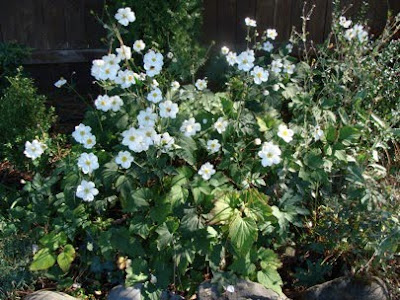 This plant starts blooming its head off the end of August and goes until frost kills it. This is a joy to me since this is the time when others are giving up the ghost.

I also like how it spreads to fill in gaps, but in a totally nice way. And it comes in both white and pink- score! Note: there are varieties that don't spread nicely - they take over - so read the labels carefully. 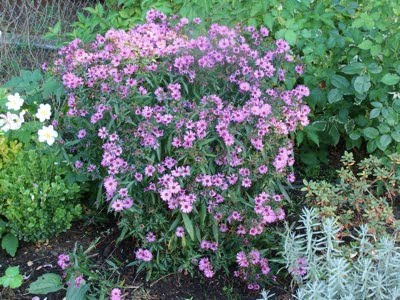 Last but not least is the humble aster. Yes, it's just a bush for most of the season. But it's a nice looking green background for the spring and summer bloomers. And, oh, the color it brings to the fall garden when it starts blooming!

Plus, talk about no-fail: I have some growing in the shade, sunny borders, poor soil beds, and good soil - it thrives just about anywhere. That, my friends, is a plant we should all have.

Now, I'd really love to hear what your favorite perennials are and why you like them - there's always room for one more plant!