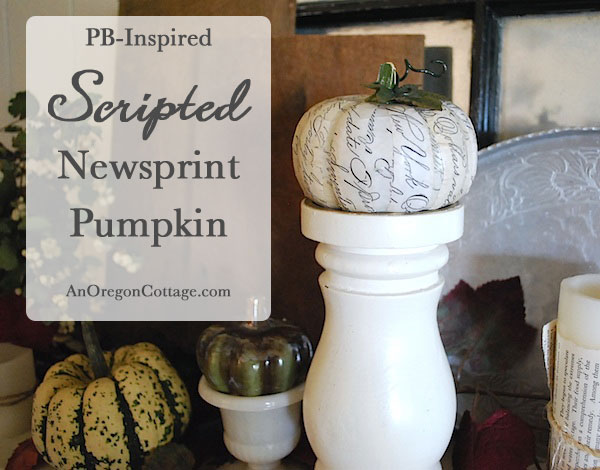 As if rustic turkeys, mercury glass pumpkins, and shelf-styling ideas wasn't enough, I was inspired yet again by the October Pottery Barn catalog to transform a lowly green plastic pumpkin into an upscale addition to our fall mantel by breaking out the mod-podge.

But not just any decoupaged pumpkin: this is the pumpkin I zeroed in on from the catalog: 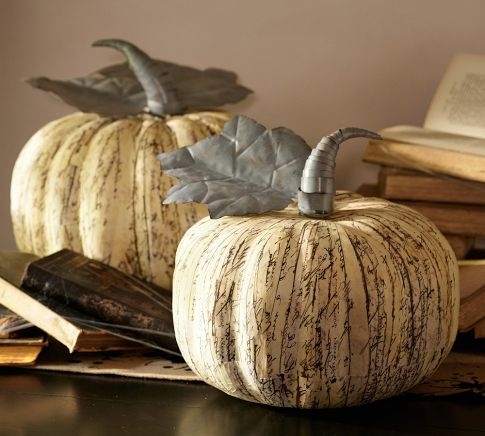 If you've been following all the thrift store transformations, you might have noticed a small (a-hem) trend here with distressed, white items. It's probably the vintage-ness of it that speaks to me.

What was interesting about this pumpkin, though, is that I couldn't really tell what the PB papier-mache pumpkins actually looked like from the photo until I read the description: "Fanciful scribbles cover these artistic interpretations..."

Now, I've seen a lot of book-page-covered pumpkins lately (which I love), but the PB pumpkins caught my eye because of these differences:

They were made of scripted newsprint that was applied sideways. 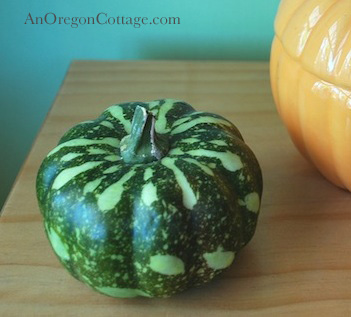 Even though my inspiration pumpkins were 10 and 15-inches high, I used this little 4-inch plastic pumpkin I got for .50 at the thrift store. We're goin' with small, but mighty. In other words, using what we have. 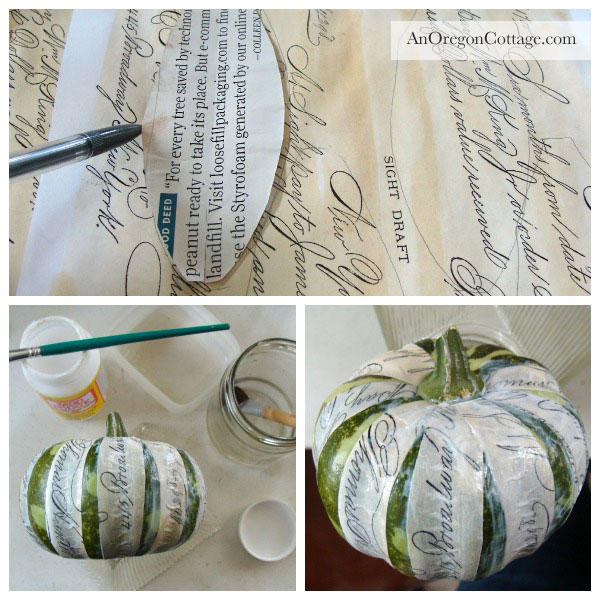 I'm not gonna lie - this wasn't the easiest nor fastest craft project around. Cutting the right-sized strips and adhering them with mod-podge was tedious as I tried to smooth the paper. In the end I was left with a bit of wrinkling, but I kinda like the craggy look.

Here are the steps to make your own Scripted Newsprint Pumpkin: 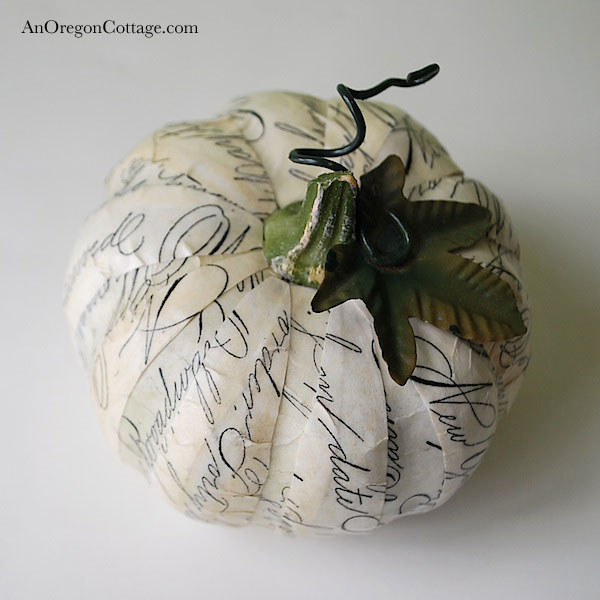 I busted off a metal leaf from another pumpkin I had and hot-glued it to the top as my ode to the original. It's certainly optional, but I do like how it looks.

I think rubbing on a bit of antiquing gel or wax would've given more of the distressed look of my inspiration pumpkin, but I forgot. And I'm okay with that. I can always add it later if I want. 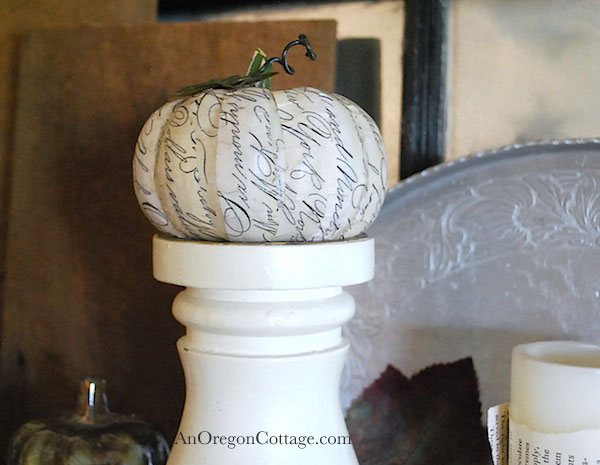 I really like the worn and artistic element this little guy brings to our fall mantel. Since it is small, I placed it on a tall candlestick to give it some importance.

And I'm probably going to be on the lookout for a bigger pumpkin to decoupage like this - actually two, 'cause I'm seeing this in a trio on a table somewhere...

Have you ever decoupaged a pumpkin with something?

This is day 24 in our series (you can click on the button to see all the posts in the category). If you’re wondering what’s up, you can read the introduction to 31 Days of Thrift Store Transformations here.