Wondering about the question mark in the title? Keep reading and you’ll see. 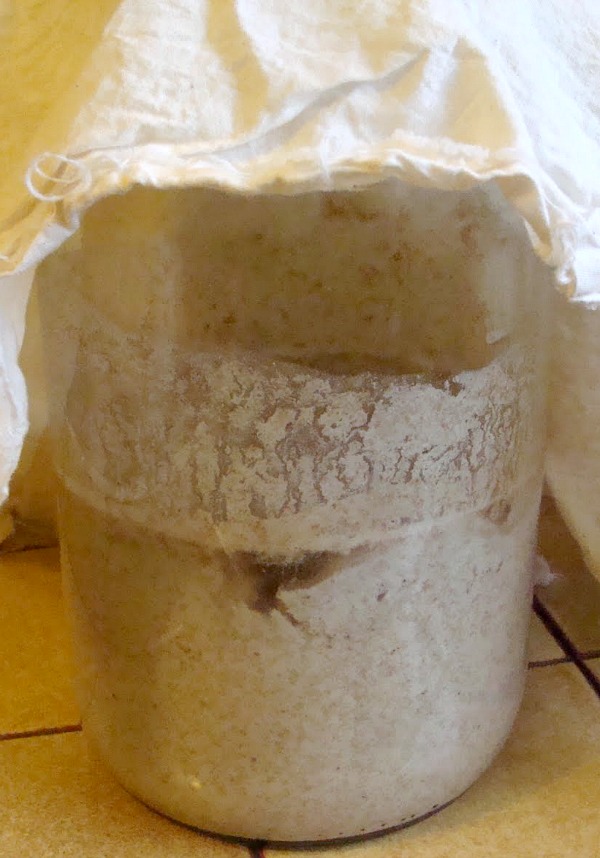 Many years ago I attempted growing and baking with a sourdough starter. This resulted in bread that we never wanted to eat again. I thought I was done with sourdough.

However, inspired by various blogs like Kitchen Stewardship, and Nourished Kitchen writing that sourdough makes the whole grains I love healthier, I searched for a tutorial on making my own starter. Maybe this time I could figure it out.

I decided to follow the Heavenly Homemakers sourdough guide. The picture above is at day two – it looks like her picture and things seems to be going fine. I continued on through day 7. 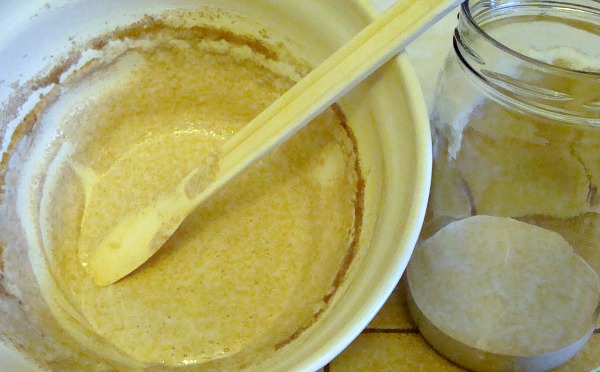 On day 7, I took 3 cups to make my first bread and then transferred the remaining starter to a jar to store in the refrigerator (you keep feeding it until it grows and needs to be moved to a larger bowl, which is why you see that above – and you have a lot of starter).

And let me tell you, it sure smells sour. Whew.

I proceeded with the bread recipe, mixing, kneading, and shaping 3 loaves for artisan bread. Since this is a natural yeast I’ve just cultivated (or tried to…), the recipe reminded me that it may take 3+ hours to rise. So I set one of the loaves in my warming cupboard (I use it for our sandwich bread – basically it’s a kitchen cupboard above a heat vent that gets warmer and raises bread better in our cold kitchen), but the other two won’t fit.

I pondered this and decided the mantel above the wood stove would be the warmest place.

I cooked the loaf from the cupboard for dinner that night. Sorry, no pictures – it wasn’t lovely. What it was, however, was dense, flat, and with a crust so hard I could barely get a knife through it. (Ah…visions of our lovely artisan bread was floating through my mind. Since it does taste more sour the longer it sits in the fridge…shouldn’t that count as sourdough?)

Anyway, I promptly forgot about the other two loaves sitting on the mantel. Oops.

I didn’t remember them until about 2:30 the next afternoon, a full 24 hours after I had set them on the mantle. Oh my gosh, I had never seen anything like these things. But being a person who can’t throw things away, I baked them up, thinking they might rise with the baking. 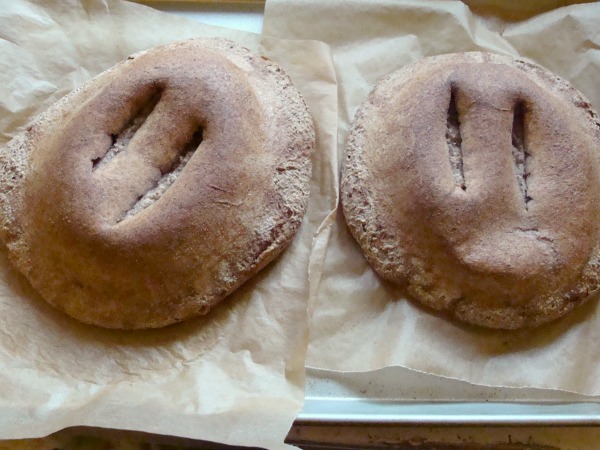 Um, no. I’m laughing my head off looking at these things! Have you ever seen anything so funny? Brian thought they looked like UFOs. I thought pig snouts.

And hard? They could easily be used as objects to practice discus throwing. 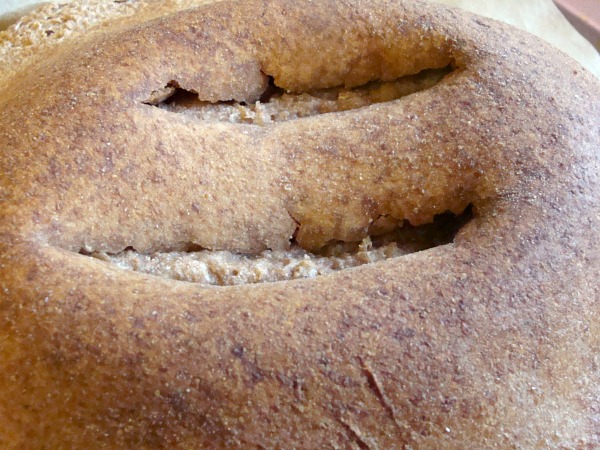 What is going on here? Well, the tops were hard when I took the towel off the dough, but I though I should slice the tops anyway, just in case the dough would puff out.

Yeah, no need to worry about that. And no, that’s not raw in the center- it just stayed looking that way even after being cooked! 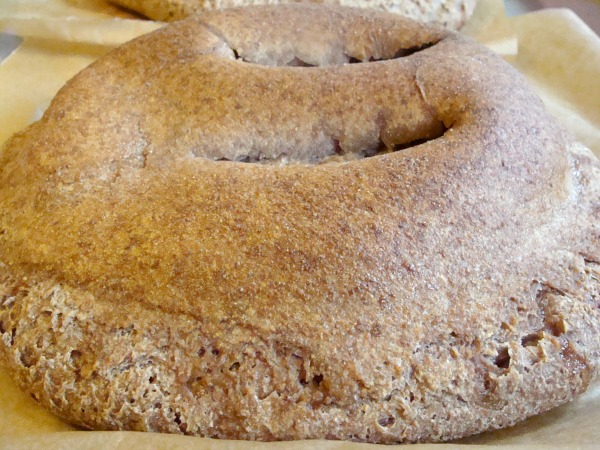 We did try a piece (I know – are we gluttons for punishment?), and they were only a bit more sour than the loaf I cooked right away. But oh my gosh, the crust was so hard I feared for my teeth.

My son’s comment said, “well, I hope you’re not putting that on your blog.”

I guess he doesn’t get it. That’s what blogs are all about. Sharing the things that didn’t work as well as what did.

And laughing. I’ve been chuckling for a day over these things and I thought you might like to join me!

Update! I didn’t give up and discovered not only how to keep and grow sourdough starter, but also tips and why you shouldn’t try to make a bread like this with new starter (see, we really DO live and learn, right?). I also developed a recipe that makes a terrific sourdough artisan bread easily! I want to encourage you to keep trying if you’d like to bake with sourdough, too – here are links to articles and recipes you may want to check out if you do: