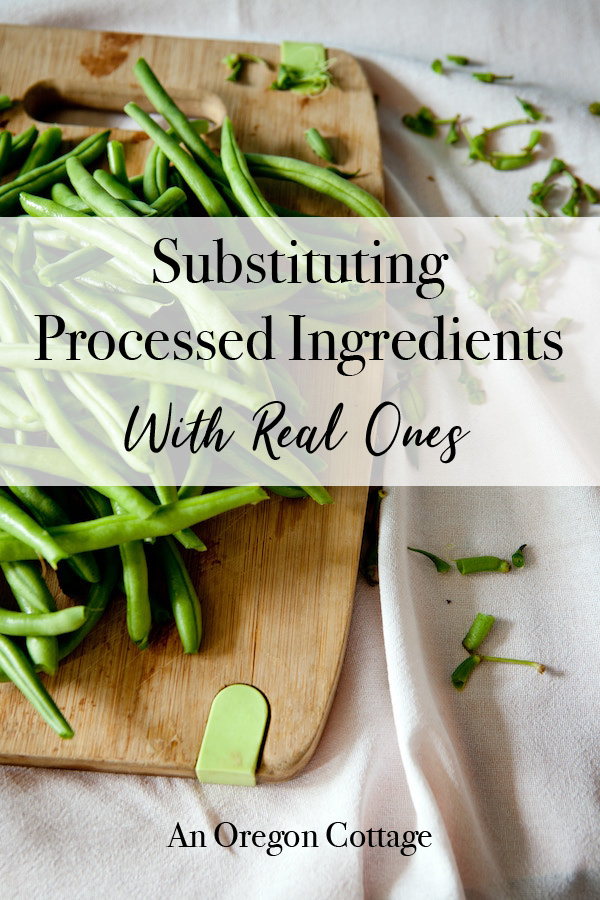 Sometimes a good recipe will have one or two things in them that are not “real food.” Cream of mushroom (or whatever) soup. Baking mixes. Canned tomato soup. Or, like the Slow Cooker Italian Stew on our menu this week, a jar of gravy.

A jar of gravy? In Italian Stew? Do you think Italians put jarred gravy in their stews? Not that I think this is a true Italian recipe, but surely the spirit of Italy should be respected. 🙂

But I liked all the other things about this recipe: it was made in the slow cooker, had meat and vegetables and garlic, so I didn’t want to count it out. 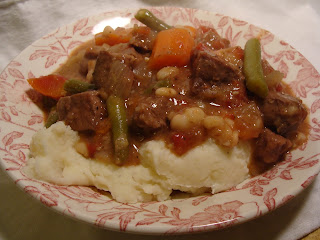 To change an otherwise good recipe, (I like to think “changed back to how it should’ve been…) I start by thinking about what the processed item was supposed to accomplish and work from there. In the case of this stew, I can only surmise that the gravy was to act as a thickener of sorts. I chose to whisk a 1/4 cup of flour into 12-oz of cold beef broth, adding it to the cooker as directed in the recipe. It worked perfectly, as you can see in the photo, just thick enough to be put over mashed potatoes without making potato soup.

By the way, I’m so loving putting stews over mashed potatoes now. I like it much better than big pieces of potato in the stew and it makes a humble stew seem much more high-brow. I don’t know why I haven’t done it more in the past.

So it was a success to use flour and broth instead of a jar of gravy. I’m sure another thickener would work as well. As for the other typical processed ingredients, cream soups are just white sauces that have lots of non-food things added to them, and I’ve replaced canned tomato soup with tomato sauce, some flour, and a bit of sugar, with good results. Baking mixes are simply flour and leavening and shortening.

Besides being better for you because it’s not processed, cooking with “real” food is more frugal as well. Broth and 1/4 cup of flour are a lot cheaper than a jar of gravy, plus they are things that are usually found in the pantry, unlike a jar of pre-made gravy.

What do you think? It sure works for me!