It's that time of the year again where we look back just a bit to revisit some of the most popular posts of the year here at An Oregon Cottage. I actually learn a lot about what you guys like by looking back, plus it's fun to remember some of the recipes and projects that were accomplished this year. Oh, and the most surprising thing I learned? Just how much my photography and styling skills have grown since last January - whew, I can't believe some of the photos I published just a short year ago! Not that I'm accomplished by any means, but there is a marked difference, that's for sure - especially in the realm of lighting, the bane of my photography life here in gray Oregon.

Today I'm brining you a list of the top recipes of 2012 (published during the year) which comes in at 11 instead of the traditional top 10 because the 11th was our family's favorite sourdough artisan bread, so it had to make the list. On Friday I'll share the most popular DIY projects from the year and on New Year's Eve it will be the most popular posts of all time - since the inception of AOC almost four years ago! 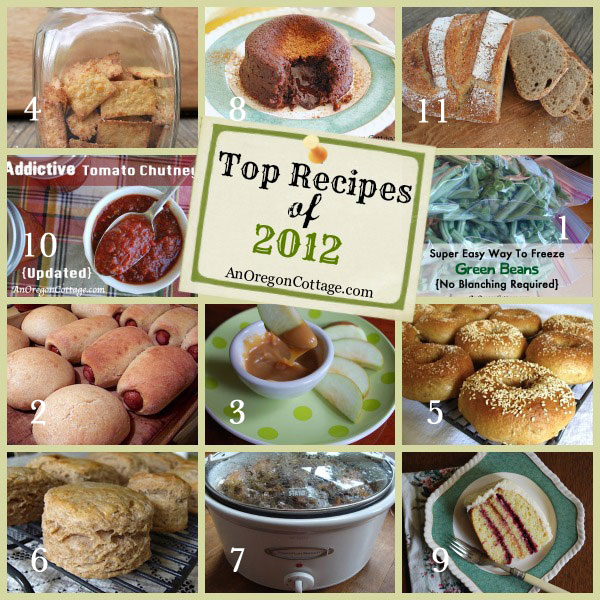 The most popular recipes made last year are:

What were your favorite recipes from 2012 that have become part of your repertoire? Did they make this list?