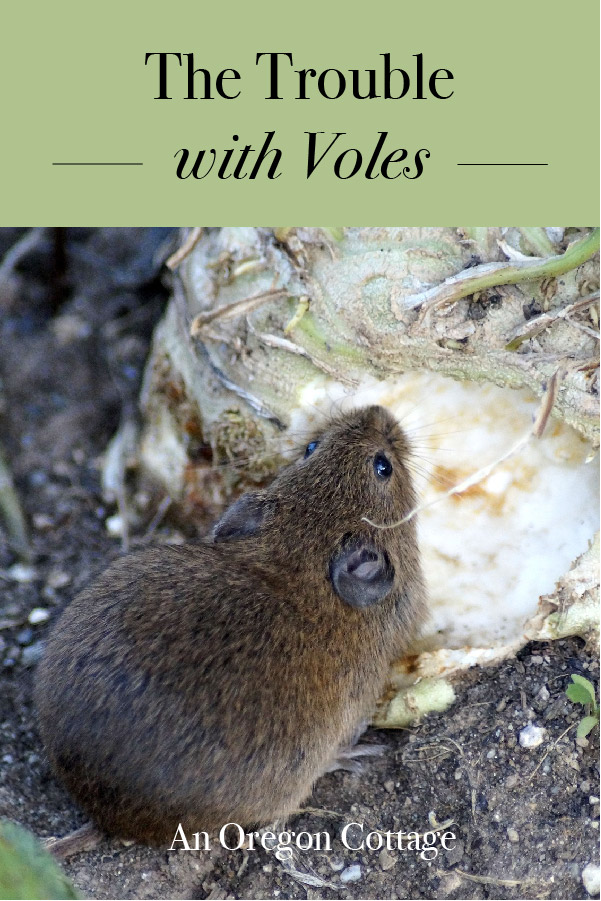 Some of you may remember my dismay last summer when the voles (otherwise referred to as field mice) started attacking my vegetable garden with a vengeance. I knew we had them around the property because I had seen the holes in the grass, but they had never ventured into the garden in the four years we had lived here.

And they had never eaten the vegetables before. I started seeing bites out of carrots in July, and in just a few weeks it advanced to the whole carrot leaving me only the wilted tops. By the time I harvested potatoes that were riddled with bites, I was discouraged and frustrated.
I sprayed castor oil and put in one of those beeping sound things that is supposed to make them leave, all to no avail. I plan to try some other methods for my large bed areas, but for the raised beds Brian and I are taking some drastic measures.
And because we just knew you’d want to see what we are doing, here’s a video for you documenting our vole-proofing method for the raised beds:

Lest you think that’s done and we’re moving on to the next issue (a larger deer fence- what is it with all these animals who want our food?), I should let you know that was only one bed out of six.
And that took all day.
A pox on voles.
–Jami