If you've been with me for awhile, you know I'm a big proponent of raised beds and permanent paths. I don't own a tiller and even when creating new beds I don't till. I've read that tilling can disrupt the balance in the soil of organisms and I know that it brings weed seeds to the surface. But frankly, the thought of tilling is just too much work. 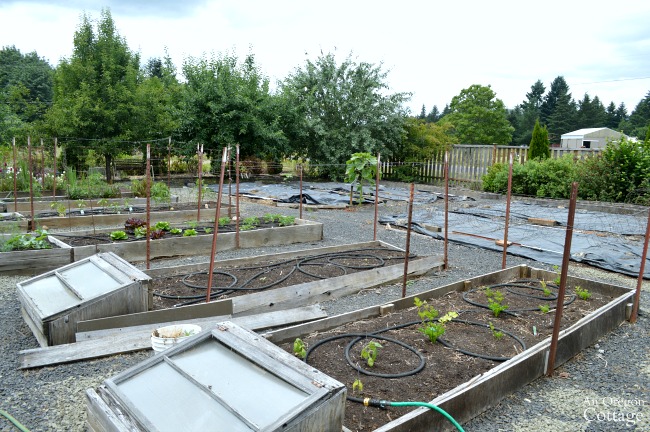 As is the thought of weeding. You know, the type of weeding where you can barely see the plants for the weeds and you need special hoes and tools because there's so many (I do own a hoe, but I use it maybe once or twice a year and that's in the flower beds).

I guess what it boils down to is, I'm lazy. I'm OK with pulling a weed here and there, and having a serious weeding session a couple times a year in the gravel paths, but other than that, I don't want to deal with weeds. 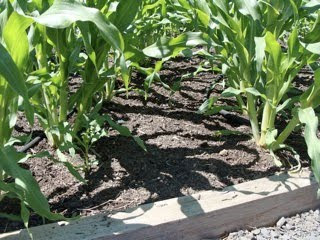 Having trouble finding the weeds? That's because there's one. Yep, one. Look to the left under the stalk in front. Two seconds and that baby's gone. 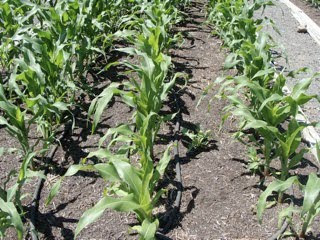 Can you see the weed in the center (sort of) of the right row in this second corn bed? There's another in the second row that is obscured by the corn, but again, a few seconds pulling them out and I'm done with weeding.

OK, so maybe you think I've weeded previously and this is just the leftovers. Sorry, but I've never weeded this bed (after raking up the dead weeds under the black plastic I put down in the winter).

This is why I plant this way each year. Ninety degree heat and weeds? No thank you. 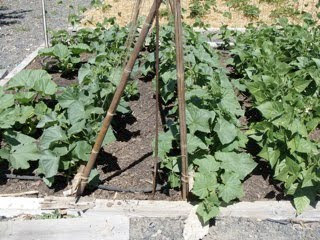 Just to let you know, the bean and cucumber patch is the same. Of course you already know that the higher 4 x 12' beds are pretty weed-free, but I wanted to illustrate that bigger beds could be relatively painless as well, as far as weeding is concerned.

If you're interested in the particulars, be sure to look at planting a garden the no-till way (one of my most popular posts, by the way- I'm not the only one who doesn't want to weed). 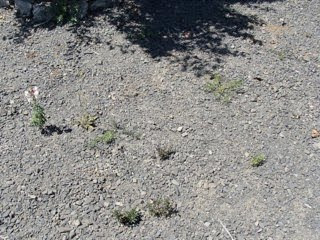 Just to keep it real, though, I'm leaving you with a picture to show the reality of owning an acre of land.

Alas, there are always weeds.

They blow in from the surrounding fields and are hardy enough to root in the inhospitable gravel. Since I will always have weeds along fences, in flower beds and the ditch, I'm going to keep making sure I don't have to deal with huge amounts in my vegetable beds.