Yes, you CAN freeze beets and after thawing these roasted beets taste just like you cooked them fresh which are perfect for salads, sides and other recipes. Freezing beets is a great storage solution for when you have a lot to take care of at once! 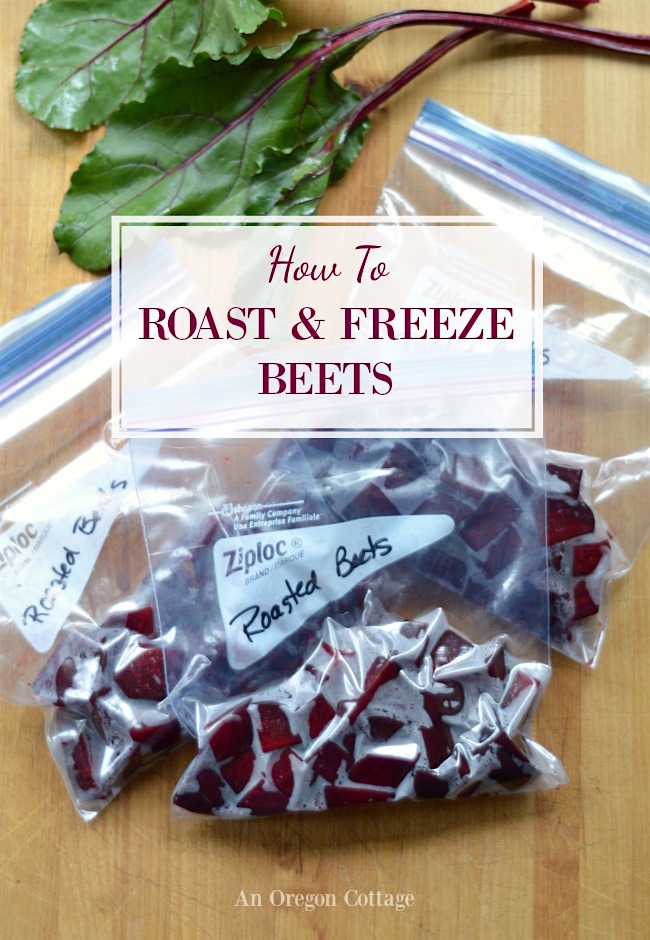 For some reason beets seem to be a pretty divisive vegetable- you either like them or you think they taste like “dirt.” Personally, I don’t get it. I mean, beets are so sweet you can buy beet sugar.*

But I’m the lone beet-liker (beet-liker? Well, you know what I mean…) in my family. The kids won’t touch them and Brian merely puts up with them. So I don’t serve them very often and I don’t grow a ton of them in our garden, just a couple of rows for me.

But you know what happens with even a few rows, right? Most of the beets are all ready to be harvested at once. I have problem of too many beets for just me but then none for the future. Pickling seemed to be the most popular way to preserve beets, but my few small rows never made enough to pickle, so I decided to try freezing some that I had oven roasted–even though I had never heard or read of it being done. (Seems like I’m a rebel like that – see my non-blanched frozen green beans, corn freezing experiments, and best ways to freeze basil.)

Surprisingly, they tasted just as good after a couple months in the freezer as they did the day I roasted them. So I made my favorite salad with them, Roasted Beet Salad with Goat Cheese, and served it to company. Um, didn’t I just say beets are divisive…and I served a salad with beets to company? Yeah, I guess I didn’t get it- but in my defense, I thought I was safe because they were gardeners, and don’t most gardeners grow beets?

Well, not the one sitting at my table. He promptly said, “Beets are the one vegetable I don’t eat” and proceeded to give me the dirt comparison.

Great – of all the vegetables on the planet I pick the one he didn’t eat. Of course I said he didn’t have to eat them, but he decided to try them anyway. The verdict?

“These are the best beets I’ve ever eaten. They don’t taste like beets!”

Whatever that means! Now I make sure to grow enough rows to be able to freeze beets in small packages to last me through the winter. Though I only serve them to people I know will enjoy them – I don’t want to waste them.

How to Prepare, Oven Roast, and Freeze Beets

I’m providing a step-by-step tutorial to prepare, cook, and freeze beets because I didn’t know how to prepare them when I first started growing beets and I’m pretty sure that there are people out there who may be as clueless as I was. Of course, this is just one method for cooking beets, but many of these steps are the same no matter how you decide cook them. 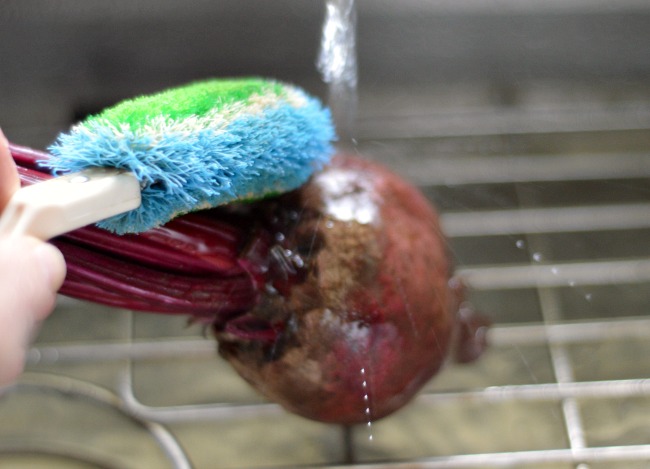 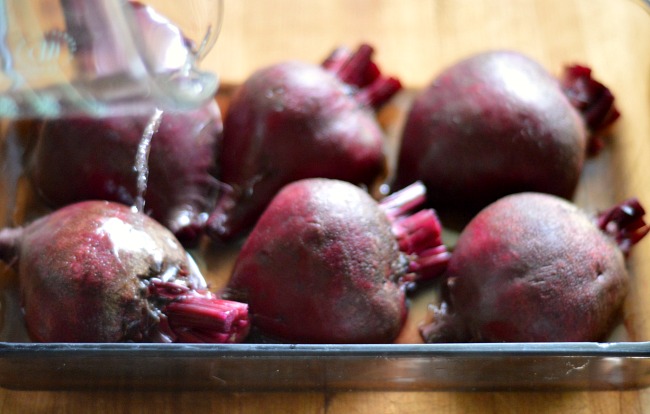 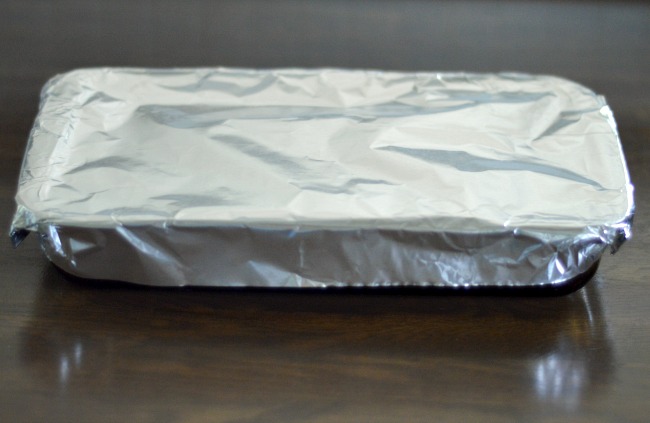 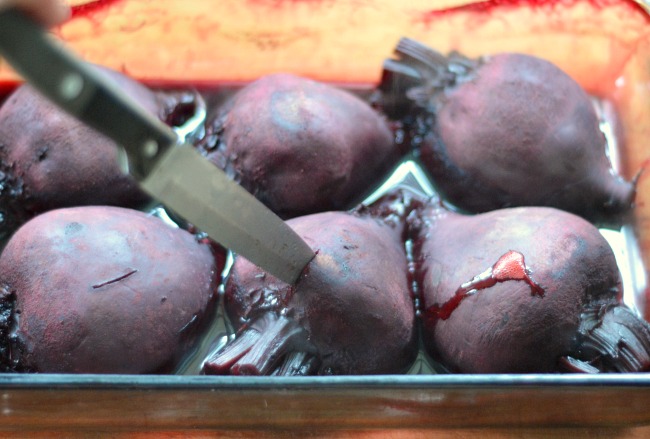 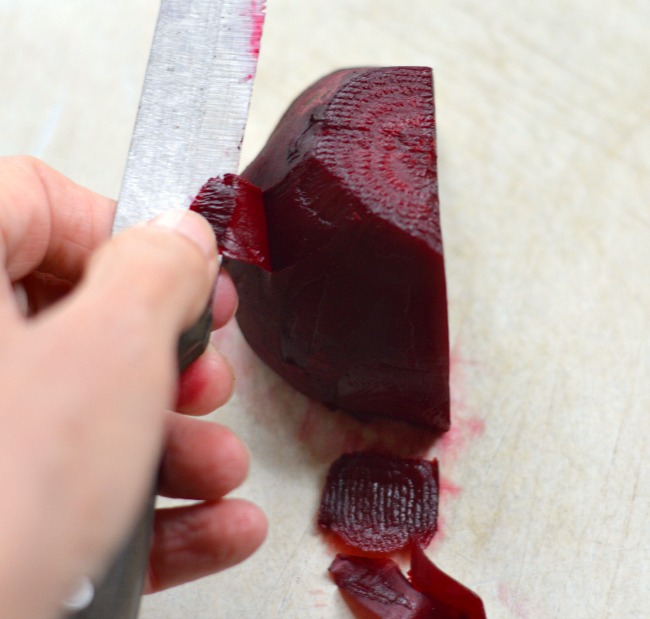 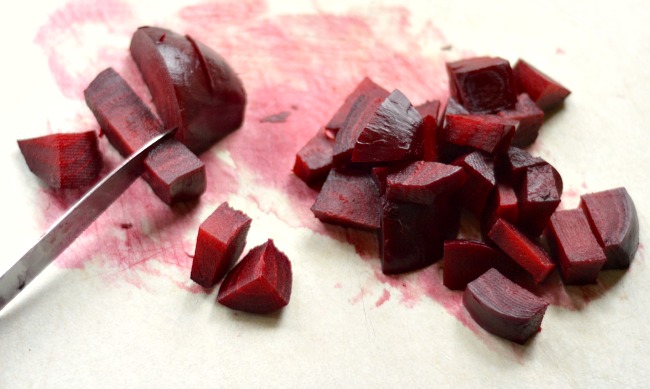 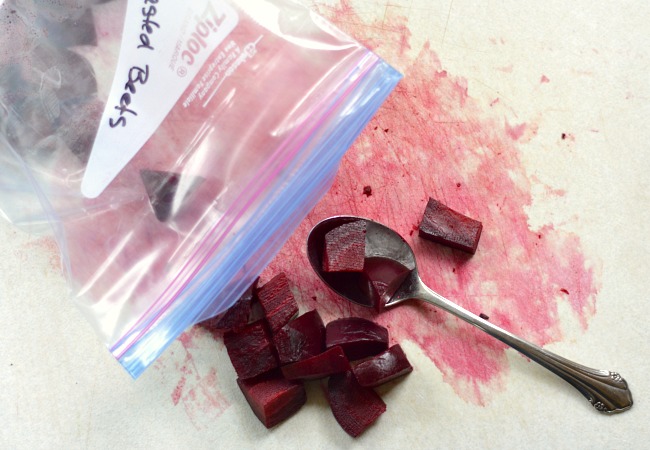 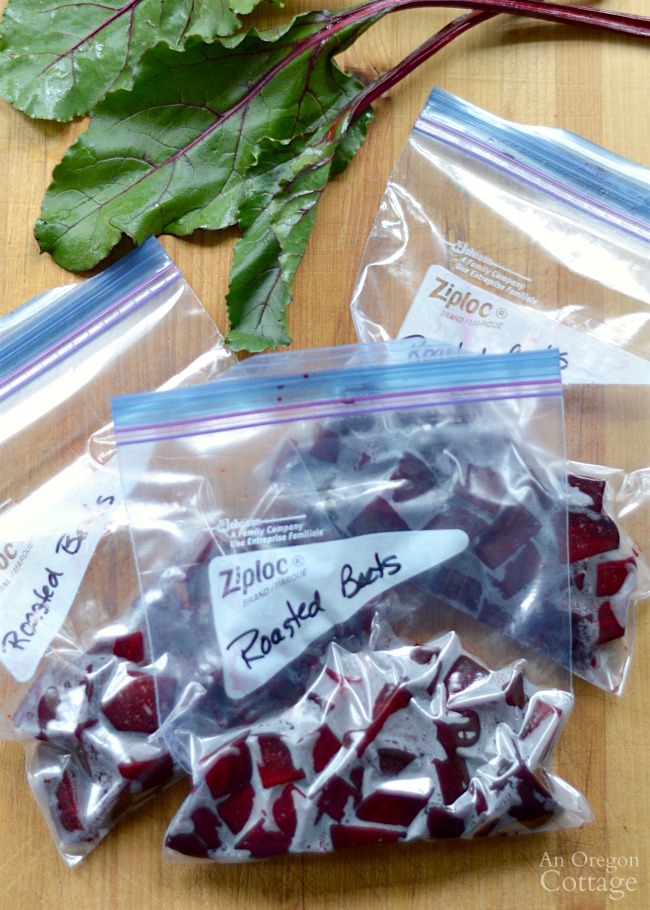 Try to use the frozen beets within 6-9 months for best flavor.

One time, though, a few baggies got shoved in the back of my freezer and I found them a year later. I served them anyway and was shocked that they were still pretty tasty. However, a baggie I found after 1-1/2 years didn’t fare as well and the beets were shriveled and soggy. Of course this was before I had the chalkboard freezer organizer which helps me keep better track of what we have for planning menus and using up food.

*Updated to add: what I mean is that there is natural sugar there (like in corn, too) that they then work to scientifically increase to breed varieties that produce more.

Keep track of the recipes you love & how much food you put up from year to year! Free with subscription to AOC's popular weekly newsletter full of useful information, behind-the-scenes updates, occasional offers and TONS more printables in the VIP Subscriber Library. We'll never send spam - read our Privacy Policy here.