A quick cooking tip for how to freeze bacon slices raw for long-term storage and the convenience of being able to use the individual pieces for recipes. 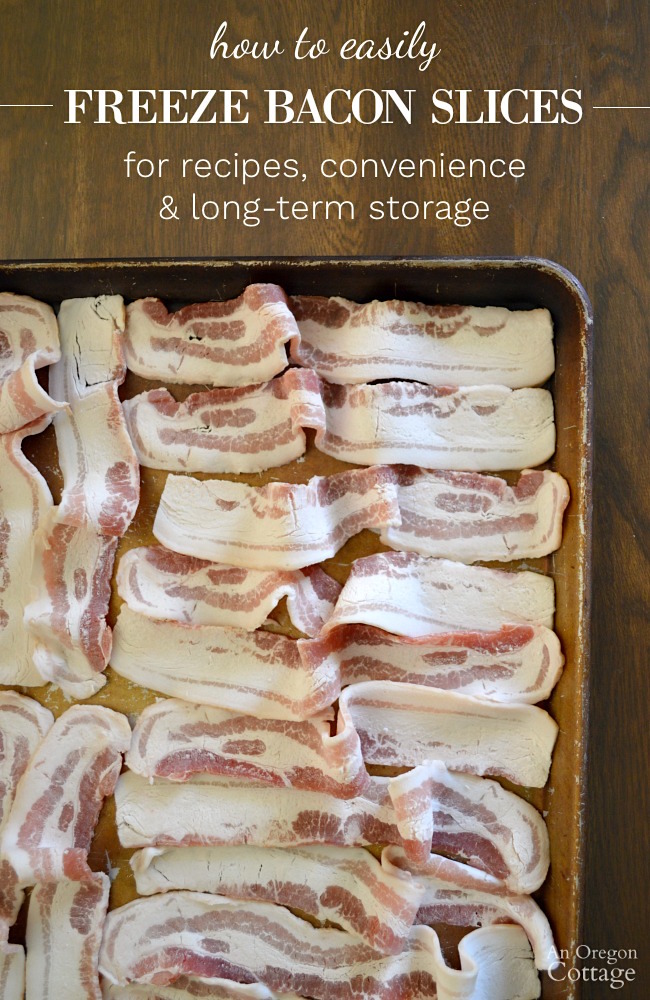 I cooked for many years without realizing I could freeze bacon. Well, I knew you could throw a pound of bacon in the freezer, but you couldn't use it until thawing, putting me right back where I started. Can you relate?

There are so many recipes (most?) that do not need an entire pound of bacon like Mediterranean Scramble, Bacon-Corn Tart, Bacon Caesar Slaw, and Curried Lentils with Bacon & Cabbage. If you're like me, getting the bacon required for the recipe often goes something like this:

When I read a number of years ago that you could partially cook and freeze bacon slices on a cookie sheet before packaging them up, I was all over that. The convenience of being able to pull just a few slices from the freezer for recipes was wonderful.

But it wasn't perfect - there were all those steps and dirty pans. But mostly partially cooking the bacon meant you wouldn't get much bacon fat from each piece after freezing. And often when a recipe calls for 2-3 pieces of bacon, it also calls for the 1 or so tablespoons of rendered fat to sauté onion and other vegetables. 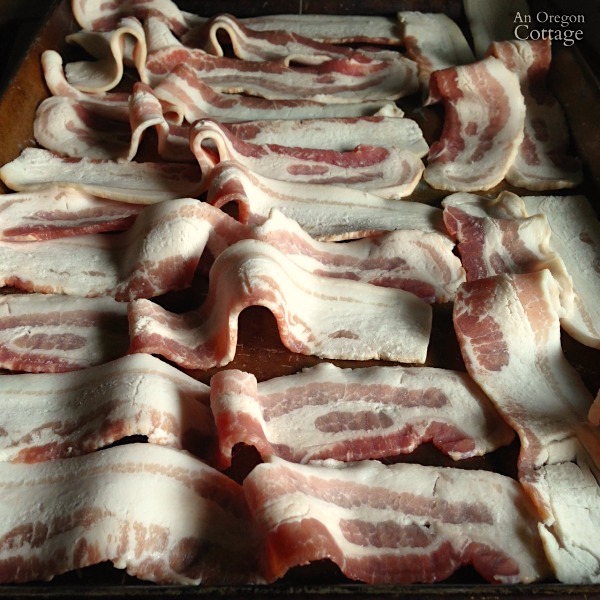 Then one time I didn't have time for all the partial baking, so after separating the slices, I just laid them on the baking sheet raw and froze them. I have no idea if this is a technique known to everyone and I'm just late to the party, but I found that it was:

Since I don't think there are many actual new things under the sun, I don't really think I invented this technique as much as just stumbled on it. And one thing I've found since starting this blog is that there are others out there like me, so I decided to share my little bacon cooking tip with you all.

It really is the BEST way to store bacon and then use it easily in recipes - I think you'll love the convenience if you haven't done this before!

How to Freeze Bacon Slices 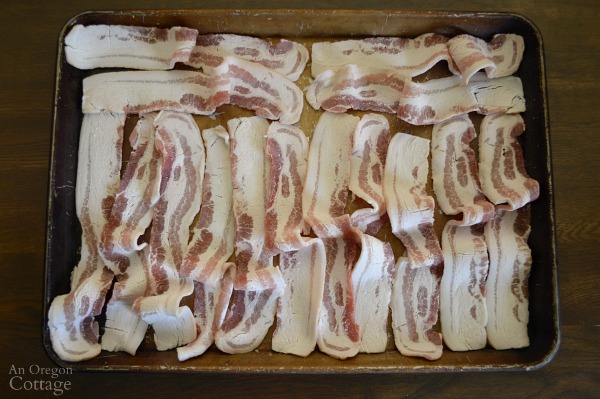 You'll love how easy it is to freeze individual bacon slices, too.

1. Separate a pound of bacon slices and lay the individual pieces on the largest baking sheet you have. Even then they may not fit perfectly, like mine above, so I just make more room by bending the slices to fit. It doesn't matter that if the frozen slices are wavy or flat, they cook just the same - and may fit better in your skillet, anyway.

2. Place the pan in a freezer until frozen, usually a few hours (you don't have to cover it). Honestly, it's usually the next day for me, but I try not to go more than 24 hours, since they are uncovered. 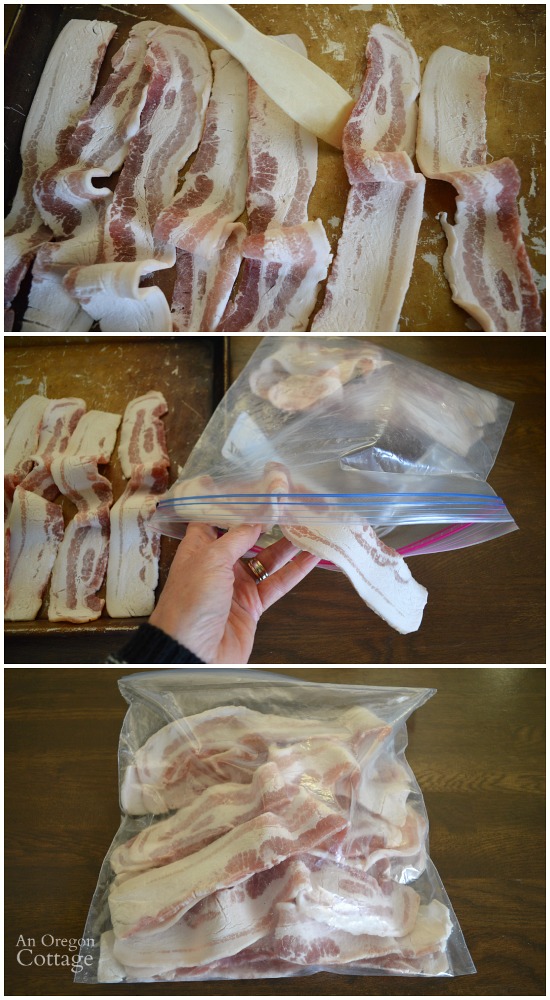 3. Remove the pan from the freezer and use a spatula to help remove the slices, one at a time from the pan.

4. Place slices in a gallon sized freezer baggie or other container with an air tight seal.

5. Seal the baggie/container and label the baggie with the date frozen, just for reference. Store in a freezer you can easily access - meaning your kitchen fridge/freezer - since you'll want to be able to grab a couple slices whenever you need them.

Brian and I even made a video for this how to freeze bacon tip for those who are more visually inclined:

That's all there is to it! Tell me, do you freeze bacon?