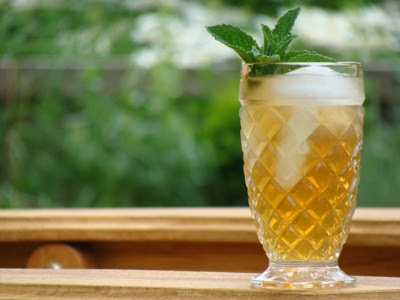 I don't know if this happens to other bloggers, but I often get suggestions from people about what to post. Mostly from my husband, Brian. For instance, one of his "recipe" ideas is taking a tortilla chip, putting a dollop of cottage cheese on it, and topping it with a dot of hot sauce.

"It'll be huge," he promised me. (I would love to hear from anyone who's tried this and is as enthusiastic about it as he is.)

One of his other "secret" techniques is for making sun tea--without needing any sun. Since we haven't gotten more than a day or two of sun this spring, I suppose it's appropriate.

So I'm turning today's post over to Brian for his tutorial on How To Make Oregon Sun Tea In 10 Easy Steps.

Hello, this is Brian.

I'd like to first thank Jami for letting me do this guest post. She's extremely picky about what goes up on this blog. But I think I convinced her that this is "going to be huge."

First of all, you're probably wondering why more people aren't blogging about making sun tea.

Relax. Even if you've never made sun tea before, you're going to do fine. I've broken the process down into ten easy-to-follow steps. I'm going to put the instructions below each image. That way you can familiarize yourself with what the process looks like, and then follow the steps. 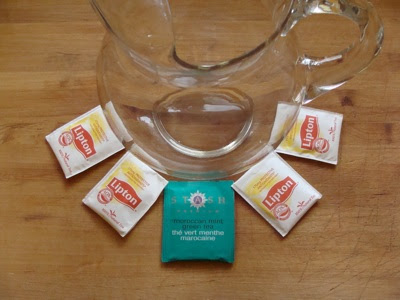 1. Get out a 1 gallon glass pitcher. It's best if it looks like the talking pitcher in the old KoolAid commercials. If you don't have one of these, you can use a 1 gallon jar.

If you don't have one of those, you might be able to use a small fish bowl. But be sure to remove any fish and the little castle.

2. Get out your tea bags. The Oregon Sun Tea recipe calls for four (4) regular tea bags and one (1) mint tea bag. If your spouse has some special Moroccan Mint tea bags she's been saving to have later, do not use one of these. It's going to cause an argument and ruin the whole thing.

When you have your tea bags, arrange them around the base of the pitcher so they form a cool looking "sunburst" shape. 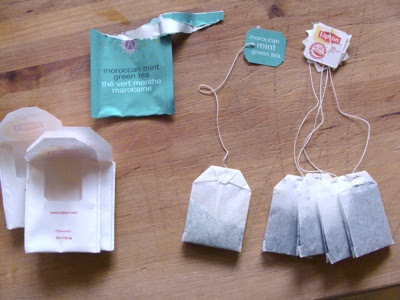 3. Remove the tea bags from their wrappers. This is where most beginners make their first mistake. Taking them out of the paper takes a little practice. Think of it like taking the tails off shrimp, you'll do fine.

Put your tea bags in one pile and the wrappers in another. Throw away the wrappers but keep the tea bags. If you throw them all away, you'll have to start over. 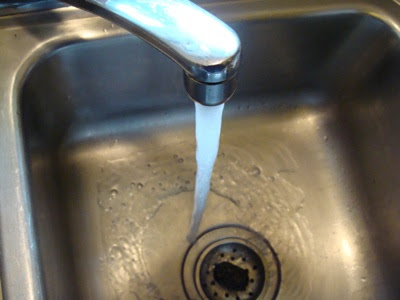 4. Go to the sink and begin running the hot water. Test the water temperature by putting your hand into the running water. It should gradually become warmer and then very hot. When it becomes painful, quickly pull your hand out. Shake it vigorously. And say, "Oww!"

You can also use a thermometer. 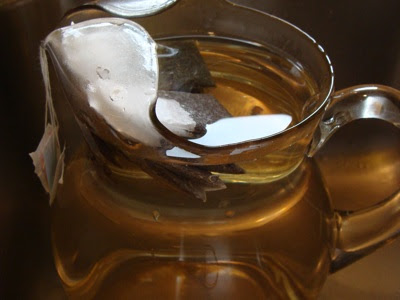 5. This is probably the trickiest step right here. Set the pitcher under the water. Holding the tea bag labels in your left hand, carefully dangle them into the pitcher so the hot water is running over them. Hold them there until the pitcher is nearly full. Then turn off the water.

If you're holding the pitcher under the water because there were dirty dishes in the sink, you're going to need to yell at the top of your lungs for someone else to come shut off the water. 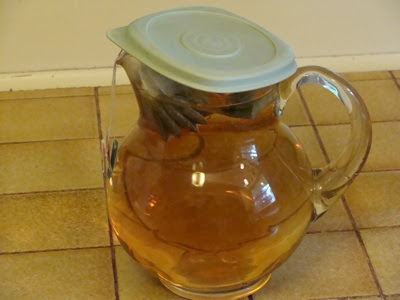 6. Your Sun Tea pitcher is going to go outside where birds will be flying overhead and spiders nests will be hatching. So you need to find a "hat" for it. I use a lid for a plastic container just big enough to cover the top.

Do not use a real hat. It seems like a funny idea, but when you actually put one of your baseball caps on the pitcher, it just looks dopey. 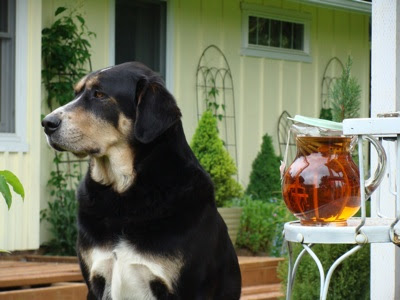 7. Take the pitcher of brewing tea outside and set it in a safe spot. You can already see it darkening.

In our area we have raccoons, deer, squirrels, black bears and even mountain lions. Because sun tea is difficult for these animals to find in the wild, they are going to be drawn to it. (Urban tea brewers will have similar challengers.) So I always post a guard dog next to the pitcher.

If you do this, make sure the dog does not like sun tea. 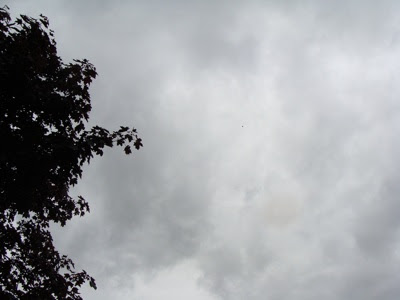 8. Glance up at the sky to see if it's sunny. Here in Oregon we don't really expect to see the sun. In fact, when it does shine, people think they're seeing a UFO. Anyway, it doesn't really matter if it's sunny or not, the tea is getting brown anyway. 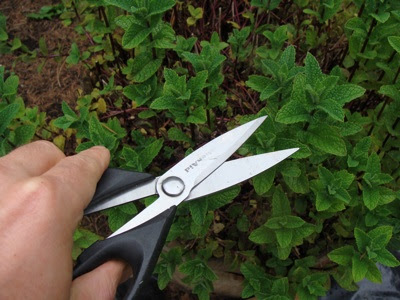 9. Leave the tea well-guarded and go to your herb garden to cut some mint. You'll need this to accent the picture you're going to take of your glass of Oregon Sun Tea. Also, make sure it's mint and not basil, because that will add a weird flavor. Then hurry back to see how the tea's doing. 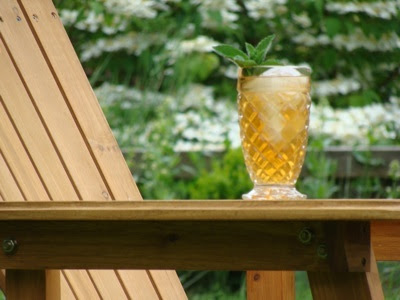 10.a) Get a fancy glass and an Adirondack chair. If you don't have an Adirondack, you have time to go get one at your home improvement store because the tea needs to steep a little more.
b)When the chair is ready, take the tea bags out of the pitcher. Add a little honey to sweeten it.
c) Pour the tea into the glass filled with ice and poke in the mint sprig.

Now you're ready to enjoy taking pictures of your Oregon Sun Tea. Try to get a shot with blooming flowers in the background.

Optional: Some people like to drink the tea after taking pictures of it.

Hope you give this a try and let me know how it goes. Jami says there's a Comment section where people leave their thoughts. But she also said it's rude to ask people to leave only compliments about the post.