Our dog came into our life by accident, and we are constantly grateful - even now that he's gone. 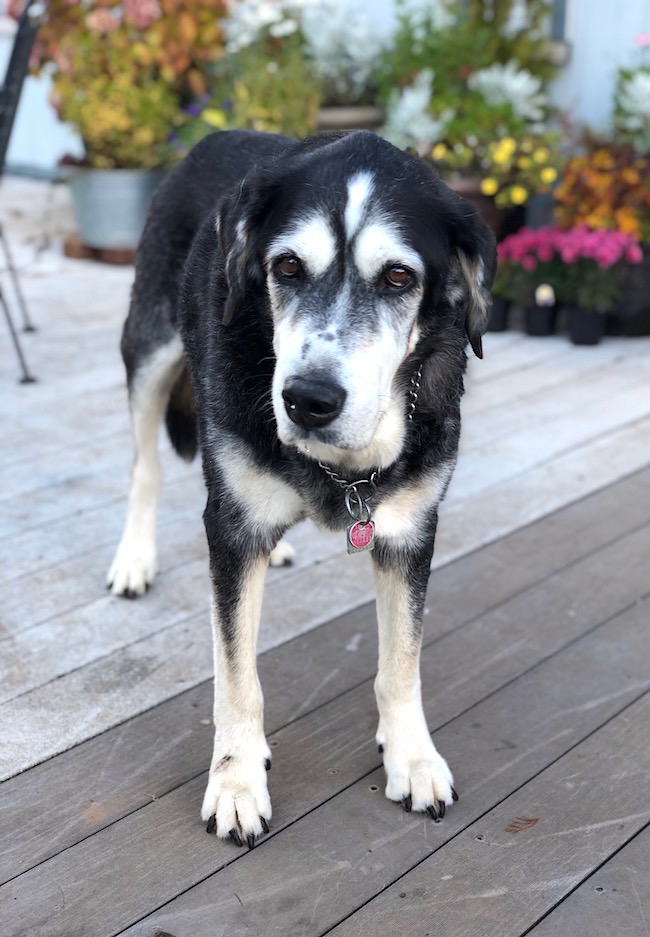 Even though it's not quite the "thing" to write personal things on blogs much like we did in early 2010 when I first published this little list about our family dog, Samson, I'm updating and republishing it below anyway.

Because we had to say goodbye to Samson after 13 years with our family and we're a little heartbroken, even though he was so ready to finally be at rest from the pain he was in.

And I know many of you have pets and will understand and relate.

And also because he has been a part of AOC from the beginning - sometimes starring in articles like the one below about how he came to our family, or this one about how much turmeric helped his hip (when he was about 6 years old) - including a follow up video 3 years later where you can see how puppy-ish he still seemed - at 9 years old!

He also caused a bit of hair-pulling, as dogs sometimes do, by doing his business on my new jute rug, or trashing the plants I started from seed.

It became a running joke with Brian and me that if we were filming a video, Samson would find his way into it. Whether it was waiting hopefully while I shared a natural peanut butter stirring hack, or even making his way onto the video thumbnail, he made his presence known.

Just like he did for our family - and not just our immediate family, either. My brother and sisters, moms, dad, and more all loved him and his sweet disposition. He's been a treasure and a blessing and we will miss him and love our memories of him forever. 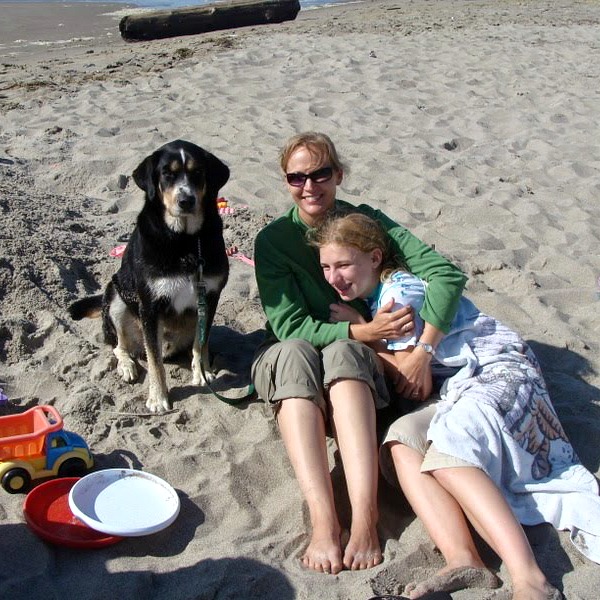 Let me tell you a little about our dog.

1. I did not want a dog, but we promised the kids one when we moved from Portland to the country.

2. We were looking for a small to medium sized dog who would live outside most of the time.

3. Our dog is not small to medium.

4. He lives inside most of the time.

5. He came through my dad who rescued him from wandering their neighborhood in Central Oregon.

6. He arrived at our house on Thanksgiving weekend in 2006.

8. He's about 90 pounds and sheds hair like mad, so the name is appropriate.

9. Since he was rescued, we can only guess at his age (we were told he seemed to be about a year old when we found him) and his breed (Swiss Mountain Dog and Lab mix).

10. He chewed everything in sight the first year. And I mean everything, including wood molding, flip flops, and those "weather resistant" planters. So, yeah, he sure seemed to be around a year old.

11. He never leaves our sight, never runs too far ahead, and the one time he dug out of the backyard, he dug right back in when he couldn't find us. He was waiting at the back door when we got home, covered in mud. It's an image I will never forget. 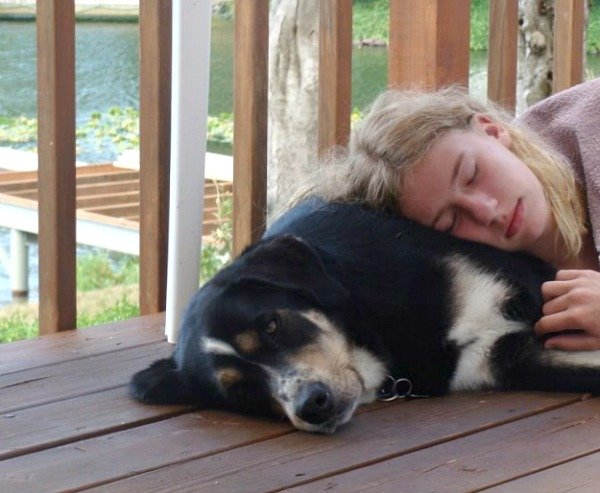 14. He also shows his love to us all, and lets us use him as a pillow. This helps soften the blow to my daughter who thought the dog was going to be her dog. 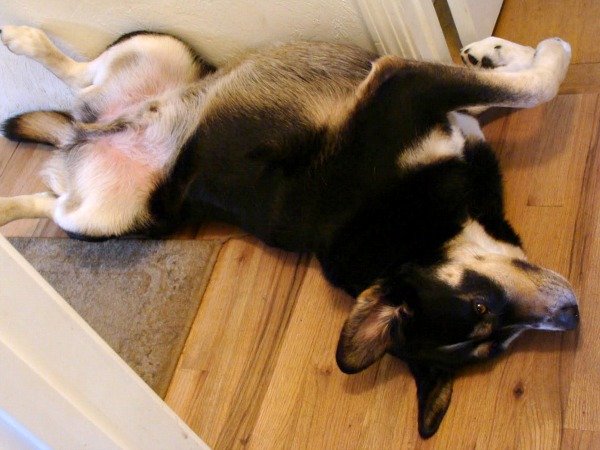 15. He's a really kooky dog and does stuff like this when he's comfortable. 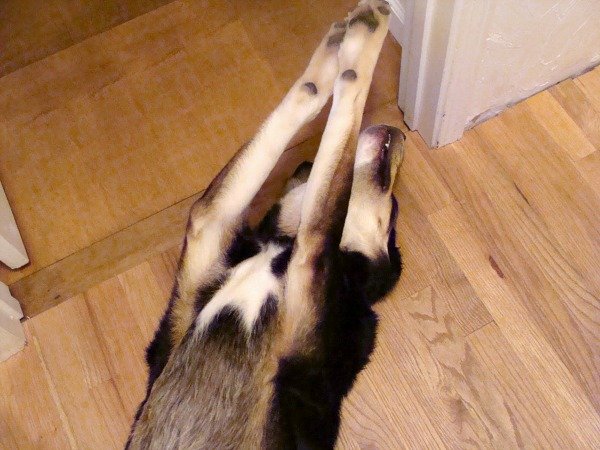 16. Or this when he stretches out his front legs so straight that Brian has dubbed this pose "Super Dog" (as in "flying through the air with the greatest of ease").

17. Newcomers who are lucky enough to see this pose always crack up - it pretty funny to see.

18. Having a dog is not frugal. I think Dave Ramsey says to get rid of them (in his subtle way).

19. He's wormed his way into our hearts (yes, even my heart) and our life and we will gladly give up other things in order to have him, thank you very much Mr. Ramsey.

20. Though when it's time for the "poop patrol" I remind everyone that I didn't want a dog.

2019: And I wouldn't hesitate to do it all again, even as I cry while I'm writing this.