This easy sourdough artisan bread recipe is mixed together, kneaded in a stand mixer and left to rise with minimal hands-on time. The magic happens when it’s cooked in an enamel cast-iron pan, which gives it a perfect crispy crust and delicious soft interior. More of our top bread recipes are found on the Best Bread Recipes page! 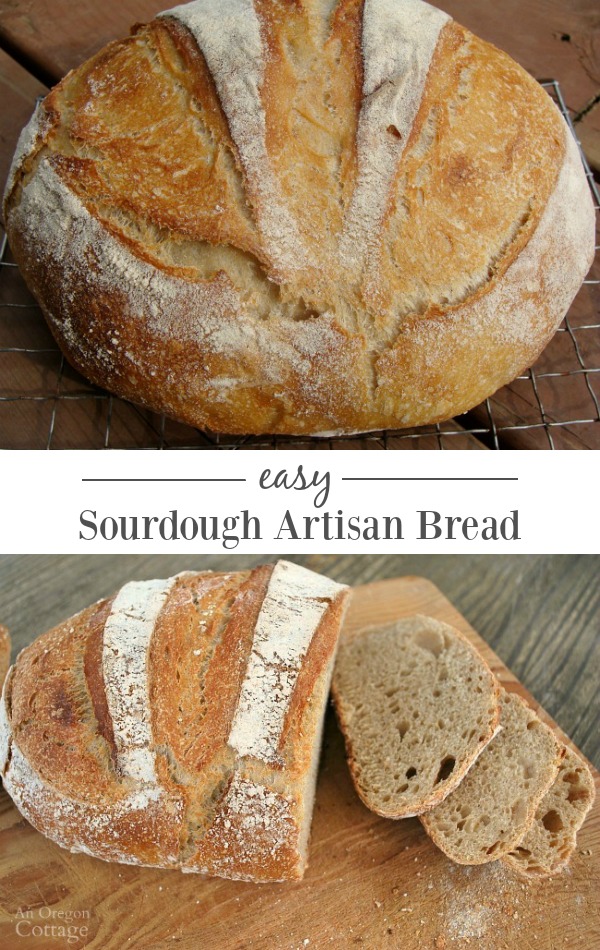 Ever since I grew my first sourdough starter and explored how to make sourdough bread, I’ve wanted to be able to make a really good loaf of artisan sourdough bread like my favorite regular yeast easy artisan bread.

Although I thought this sourdough bread loaf I made shortly after beginning to bake with sourdough was good, I realize now that the reason I thought it was so great was just because it didn’t look like the disaster from the previous week!

What I really wanted was a sourdough bread recipe that had a crispy crust with big holes inside, but that was still easy to make. One similar to my super easy artisan bread which bakes in an enameled cast iron pot.

NOTE: What I mean by ‘easy’ is a simple, everyday kind of sourdough bread recipe that uses cups to measure, few steps, and very little science involved. If you’d like to get really into sourdough – which can quickly become complicated (and frankly, overwhelming to me), I’ve found Northwest Sourdough to be very thorough and not too hard to follow for those wanting to dig a little deeper. 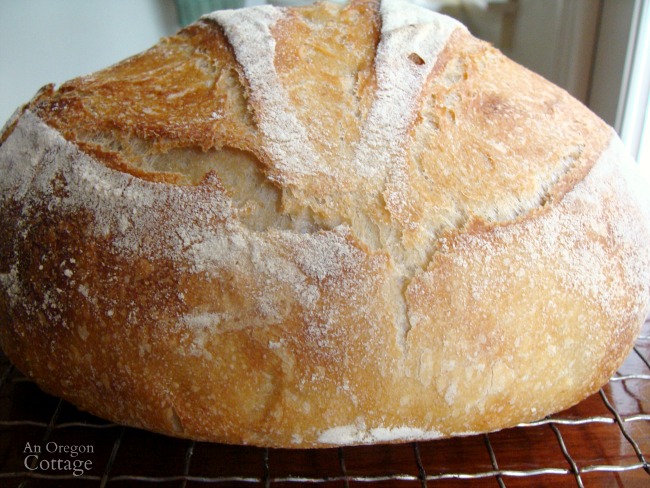 I searched for a couple years to find a technique that would produce a loaf of artisan sourdough bread that was all the things I wanted. When I found a great recipe from Gina at Homejoys I knew right away that it could be adapted to be even easier, use my favorite enameled cast iron pot, and consistently turn out good loaves.

And it did! This is truly the easiest sourdough bread recipe that anyone can make.

I want to note, too, that for me an easy bread is always made with a stand mixer, but this recipe can be made by hand – you will just have to work a bit harder. 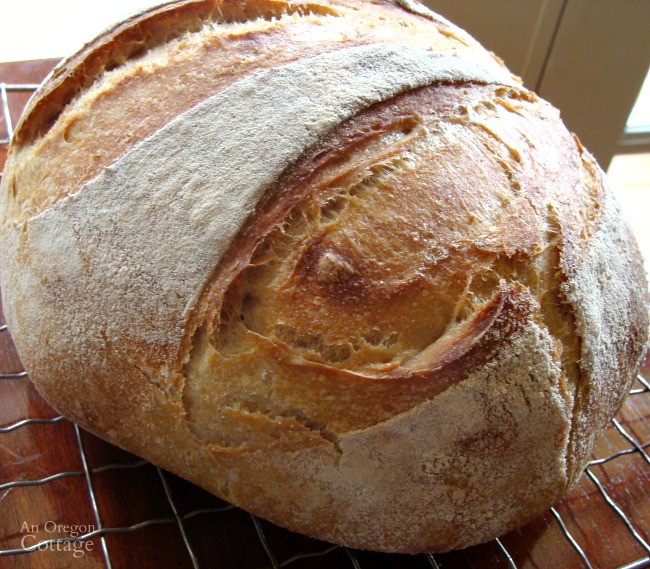 Look at that crust! That’s bread-beauty right there, isn’t it? Blistered and cracked and bubbly. This may be the best sourdough bread recipe!

Yeah, I can get all giddy about bread crust – kind of like when I dance in the kitchen when the eggs don’t stick in a cast iron pan. I really am about the simple things around here! 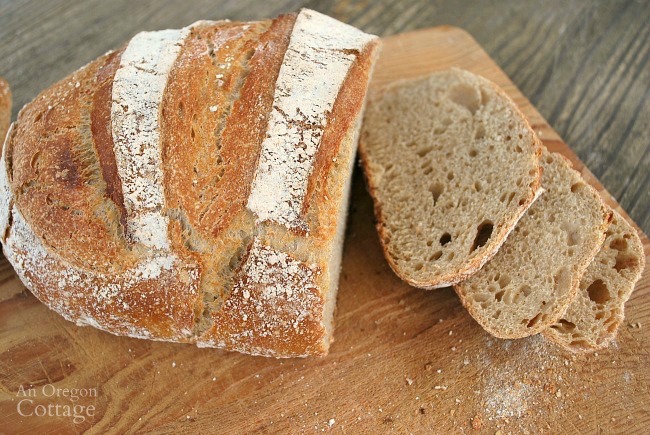 Since sourdough starter is best when it’s used weekly (or every two weeks), I now make this sourdough bread recipe more than my favorite easy artisan bread. But either is a winner recipe, in my book.

Welcome - I'm so glad you've joined the AOC community! Your first step is to check your email to confirm your subscription and you'll be on your way to your free eBook and more printables.

Timing Tip for How to Make Sourdough Bread

The timing of sourdough bread was hard for me to figure out in the beginning, since it takes longer to rise than regular yeast breads, so I thought I’d give you a typical timeline to have a loaf for dinner.

To have this sourdough artisan bread ready for an evening dinner:

That said, I have been known to rush it when I’ve forgotten to feed the starter the night before (what- you’re shocked?). If you find yourself in that situation, you can feed the starter right when you get up in the morning and let it sit until it is bubbly, about a couple of hours, and then proceed with the recipe.

Made this way, the bread doesn’t have quite the optimum time to cool, so you’ll have a warmer loaf with a bit more squished crumb – but we’ve sure never minded.