Come along and see the beautiful Greek wildflowers that were blooming in during our visit in April. So pretty and resilient. 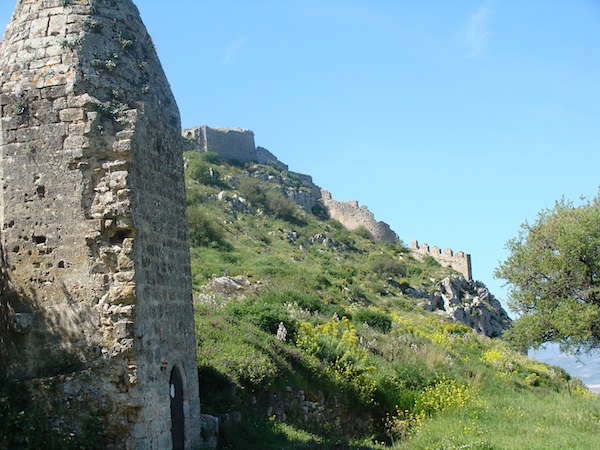 While in Greece during the month of April we saw lots of wildflowers blooming and starting to bloom (May would be incredible there).

The biggest variety was seen during our hike up to the castle ruin above Corinth (called Acrocorinth), shown above.

The flowers were literally growing out of the rocks. I kept lagging behind our group as I snapped pictures to share, they were so amazing.

Many of the wildflowers we saw blooming were some of the same flowers we have in Oregon (and I’m sure other parts of the US, I’m just going with what I know!), like, clockwise from top left: 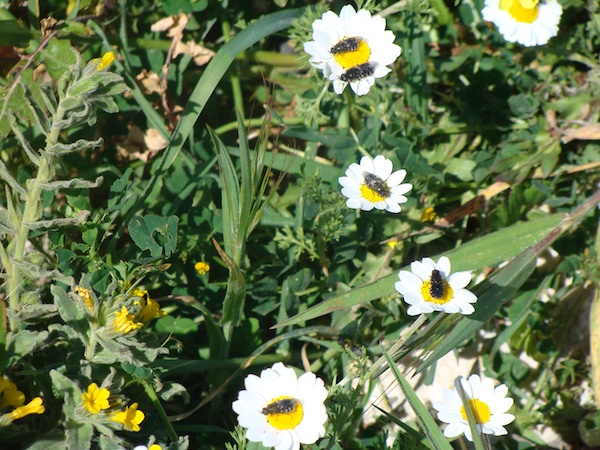 There was a ton of chamomile blooming and attracting lots of bees, though I’m not sure what kind of bees these are.

We saw bee hives on practically every other farm on the drive to Corinth, but these aren’t honey bees…are they? Maybe mason bees? 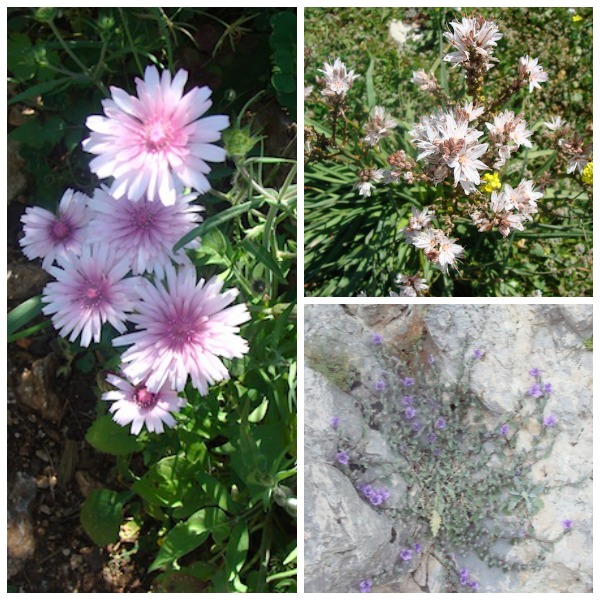 But there were many more that I don’t know the names of. 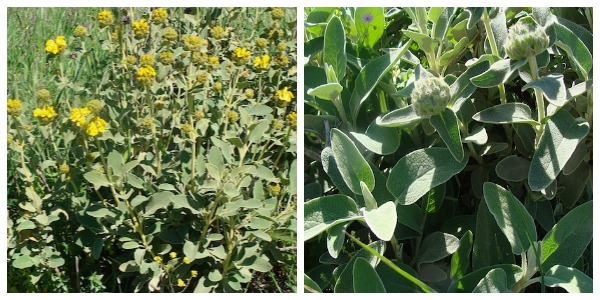 This unknown plant really intrigued me – the leaves were almost identical to lamb’s ears, but the bloom was nothing like the lamb’s ears in my garden. 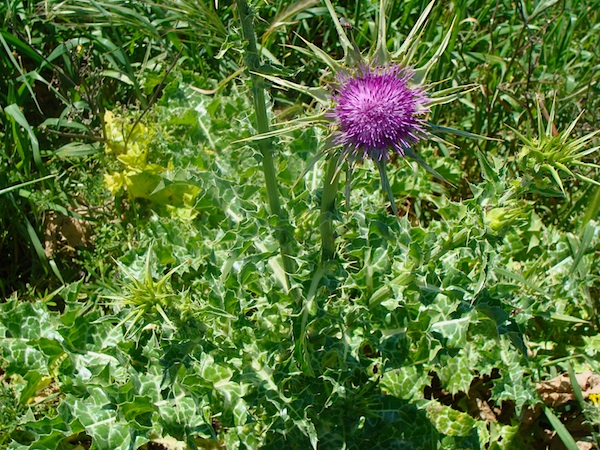 Of course there are weeds in Greece, like everywhere, but look at this thistle’s leaves – they are veined with white. It’s hard to see in the harsh light (from the beautiful sun that I was completely enjoying, btw), but the veining really makes this stand out from the others.

The blooms are similar to our thistles, but I’ve never seen anything quite like this, have you?

The view when we reached the top of Acrocorinth was spectacular, of course, but I had as much fun looking at all the flowers as I did the view.

If you know any of the names of the unknown flowers, be sure to share in the comments!